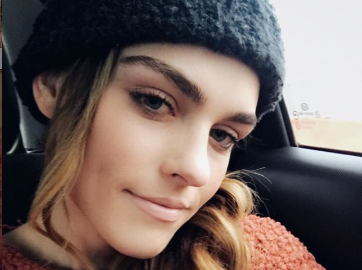 Watching shows like Bachelor: Listen to Your Heart with couples like Bri Stauss and Chris Watson is a bit surreal now. All those people together in one house, not social distancing? It’s like they’re breaking the rules. But, it is giving Bachelor fans a taste of the reality television they crave, complete with drama.

The grand prize for the couple who makes it to the end together? It’s a tour after recording their own songs. But, now what happens to that prize because of the pandemic? It’s a question Chris Harrison was asked by Entertainment Tonight.

Behind the scenes with the @rachelparcell holiday collection for @nordstrom ✨ Christmas is in 38 daaays! ♥️

What Happens To The Grand Prize With COVID-19 Still Around?

Now that life has changed for the foreseeable future, fans are wondering… What happens to the prize? Some of the couples like Bri Stauss and Chris Watson, for example, seem to really have a shot at getting it.

The couple who wins will be working with a producer to create new songs and tour together. Chris Harrison said, “I mean, clearly that is still part of it. Creating music, working with a music producer, going on tour is all something that we definitely want to do.” He went on to say they want to do it safely, of course.

He said now looking back through the lens of a quarantine everything is so different. He also said another thing that could stop the tour from happening is if the winning couple break up. Harrison said if that happened, “they probably won’t go on tour.”

What Did Chris Harrison Say About Bri Stauss And Chris Watson?

With Bri Stauss and Chris Watson being the first couple to say “I love you” on a recent episode… It does seem there could be a world where a couple wins and stays together. Harrison gushed, “what a great story to tell, ‘I said I love you in front of Toni Braxton, Andy Grammer, and a thousand spectators.'”

He compared them to Jade Roper and Tanner Tolbert of Bachelor in Paradise who were in their own little world. They were really in love too and just quietly in the background. In addition to new episodes, on June 8th Harrison will be hosting a look back at the best stories and moments from the entire lifespan of Bachelor nation shows. The Bachelor: The Most Unforgettable – Ever! will have ten new episodes. Some old favorites will be back to talk to Chris. He said this is happening because of the current pandemic.

Harrison said, “The quarantine has definitely spurred this thing on, and Mike Fliess and I started talking immediately. We thought, ‘What could we do? Everybody wants content and then there was this clamoring for old seasons of The Bachelor.” So, now they’re going to go back.

Bachelor: Listen to Your Heart with Bri Stauss, Chris Watson, and all the other couples airs on Monday nights.