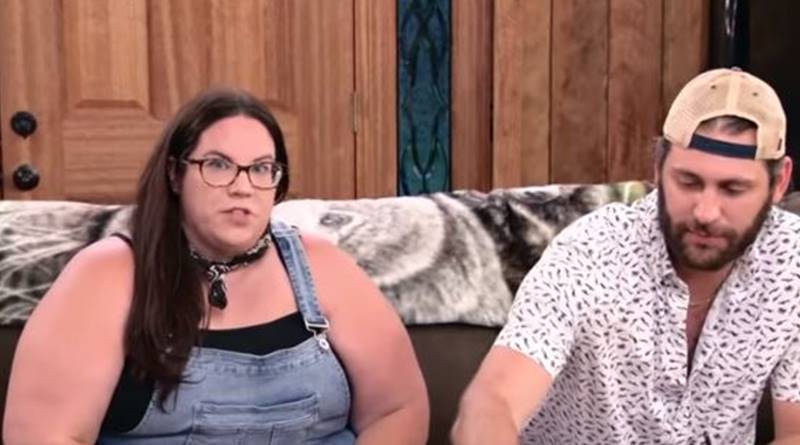 My Big Fat Fabulous Life fans met Whitney Way Thore’s fiance Chase in the current season of the TLC show. Initially, fans took to Chase Severino and quite liked him. But, as the season progresses, many of them think Whitney’s just playing with him for the show. Often, they use the word “fake.” Now, some people suspect that Chase and Whitney are not really in love.

TV Shows Ace reported in December about Chase and Whitney getting engaged. In fact, she later said she hoped they could have their wedding in France. Plus, fans might recall the scene when Whitney and Chase swung on a hammock. They looked quite comfortable together, and fans commented on his diplomatic and respectful reply when she asked him to guess how much she weighs.

But since then, some fans start suspecting that all is not well. While the My Big Fat Fabulous Life star seems all over him on social media, he doesn’t look too keen these days. Fans noted some tension in the recent episode.  Whitney even worried that after their trip to Paris she might not end up hitched. Well, everyone knows that she says he proposed to her over in France. But it is all real or just a faked storyline?

There’s something disingenuous about Whitney. Not to mention she’s a bad friend to Heather. The Chase storyline seems forced… so many of the male storylines with her seem fake. #MyBigFatFabulousLife pic.twitter.com/c0w1TKjIG9

Fans saw that Ryan booked hotel accommodation, but he couldn’t afford each person to have their own room. Whitney complained about that, but Chase seems happy, possibly even relieved. In fact, he never argued it for a second. Fans on Twitter noticed that. Then, Meaww noted that when Chase and Whitney got a chance to be alone in the room, he actually moved away from Whitney and quite far from her.

Plus, fans didn’t miss the fact that Chase and Whitney can’t agree on having kids or not. But, within minutes, they moved past that he proposed to her. It seems like rather a big deal to resolve so very quickly some fans think. Plus, notably, rather than be with the My Big Fat Fabulous Life star, Chase went off on a tandem bike with Ryan. It seems he takes any opportunity to distance himself from Whitney.

Fans think Chase and Whitney are a fake storyline

On Twitter, quite a few people noted that the show seems terribly fake. One said, “Was anyone else struggling to watch tonight’s episode? I mean the suspense isn’t even there and we all know they get engaged soon. If this were real life I would say they were ready to go their own ways. From this filming, everything is too fast too quick.”

Another My Big Fat Fabulous Life fan noted, “How much is #TLC paying Chase to pretend to be
@whitneywaythore boyfriend? She can not even do any of the workouts. Why is she even in Paris?”

And, it’s not just this storyline fans think is faked. In January, one critic noted on Twitter:

Ryan and Chase supposedly showed up uninvited to the drag show yet Chase was mic'd up. You could see it. I'm sure the other guys were too but they were hidden better. So scripted & fake. I normally don't watch her anyway. #Unreality #mybigfatfabulouslife

What do you think about Whitney Way Thore and Chase? Do you think they really love each other? Or, is it all just a faked storyline by TLC? Sound off your thoughts in the comments below.