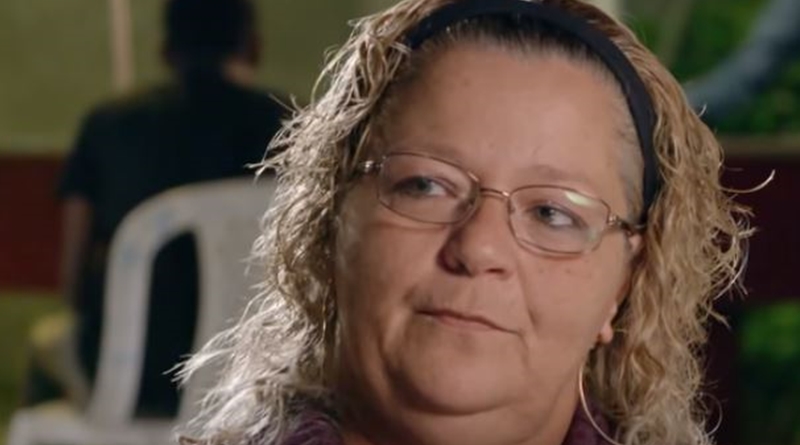 90 Day Fiance: Before The 90 Days, Season 4 brought Lisa Hamme to TLC. She quickly got a reputation for aggressive posts on Instagram, especially aimed at bloggers. In fact, her unfortunate use of the F-word, and worse, gets directed at Bloggers, Actually, fans, other cast members, and alums don’t escape her vitriol if they disagree with her at all. In fact, Big Ed blocked her. Now, following her publically announcing a “bounty” on a blogger, critics got so enraged they started a petition for her removal by TLC.

It’s one thing for a member of the cast to defend themselves from critics, some people, think. However, it seemingly goes beyond the pale when someone openly threatens a blogger, critics say. And, interestingly, Rocco Strazz  who promotes Lisa and others like AshleybMartson, allegedly also chipped in $250 for the “bounty.” These days, Lisa gets a lot of criticism for the way she talks on social media. TV Shows Ace reported that “fans…diss on Lisa Hamme for ger frequent use of the “F-word” on her posts.” That came when Big Ed blocked her.

Notably, it’s not just the F-Word that the newcomer to 90 Day Fiance uses. A previous petition went up for her removal for using the N-Word as well. But, when Lisa went on her Instagram Live and offered a bounty on a blogger, that seemed the last straw for many. Monsters and Critics noted the petition says, “[Lisa’s] been racist, homophobic, and hateful.” Actually, the feeling is that Lisa tries to “dox” the blogger. You can read the full petition for the removal of the 90 Day Fiance star at Change Org.

Follows lisawishesshewasme on instagram and find out why @TLC keeps allowing a racist stay on their show. Lisa hamme has made threats and places bounty on my head really @tlc? pic.twitter.com/oPyvMtTqyY

Will TLC really remove Lisa from the show?

Petitions seldom work. Actually, petitions for the removal of other cast members failed every time. TLC keeps offensive people and seems unrattled by fans who object. Nevertheless, they offer fans an outlet for their anger. Anglea Deem survived petitions, as did Geoffrey Paschel. Even Shaun Robinson faced a petition demanding her removal as the host of the Tell-All. One petition called for Colt to share his TLC income with Larissa.

The list of 90 Day Fiance petitions goes on and on. And none of them ever worked. The problem is that hype and outrage about unfavorable cast members sometimes push up the ratings. So, the more people cry for removal, it seems the more spinoffs feature them. Unless one of the cast actually breaks the law and the victim of online bullying reports the matter, not much else helps. In fact, anything less than a conviction probably won’t prevent this kind of aggressive behavior.

What do you think about 90 Day Fiance star, Lisa Hamme using the N-Word, and offering a bounty to hunt down the blogger she disagrees with? Do you think a petition will make any difference to TLC at all? Sound off in the comments below.