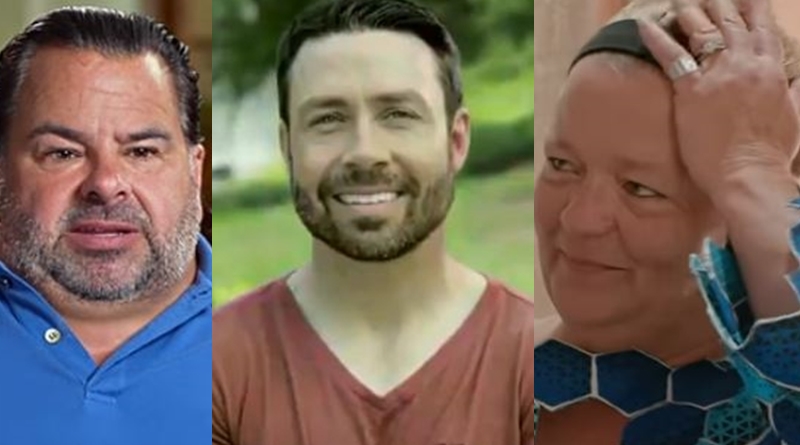 90 Day Fiance fans know that the castmembers often tussle and bicker between each other on social media. Mind you, so do others from reality TV shows like The Real Housewives on Bravo. From Evelin Villegas and Laura, through to Deavan Clegg, and others, plenty of the TLC stars really don’t act like some sort of support squad. Now, Lisa Hamme complained that Big Ed blocked her on Instagram, and Geoffrey Paschel chimed in with the news that the same thing happened to him.

Fans of the show know that Big Ed picked up a lot of criticism over recent episodes. They saw him tell Rosemarie she should shave her legs. Plus, they got upset that he demanded she take an STD test when he hadn’t done that. One fan noted that Ed’s no great “prize,” himself. And, another reminded him he’s “no George Clooney.” Even his daughter Tiffany said on the show, he went about that the wrong way. He garnered a lot of fans for his cheerful, if quirky character, but many others now slam him for his attitude.

Meanwhile, fans also diss on Lisa Hamme for ger frequent use of the “F-word” on her posts, and the fact she liberally blocks fans, as well. So, it came a bit of a surprise that the 90 Day Fiance star complained when Ed blocked her. Taking to her Instagram in the wee hours of Monday night, Lisa told her followers about it. Some fans battled to fully understand her post as it came with almost zero punctuation. But, they figured it out after she explained a bit more.

Blocked by Ed, Lisa thinks they should be a team

It looks like Lisa said something to Ed about them all working together as a team. Her post read, “Sorry thisisbiged you felt necessary to block me.” She then noted that all she did was speak “the truth [that he’s] not the only real person on Tlc show.” (Insert new sentence), she continued, “from past present and future it is a team effort Ed an the fans are the realest badass MVPs.” Still in the same sentence, she continued with, “Bc without them there be no show. “Finally she finished with, “so Ed this is my realest assessment sending love from the ORIGINAL BGL”

Many 90 Day Fiance fans couldn’t understand her, which is no surprise as even WordPress readability encounters problems! But, fans asked for clarity. It appears that Ed got upset as she said they should work together as a team, and not as individuals. Perhaps she got some issues with Ed snaring some of the spotlight with exclusive interviews and articles. Who knows? But, really, these types of tiffs happen often, so fans thought Lisa made a big deal out of nothing. After all, the popularity of the show doesn’t dwindle just because a couple of cast members have their differences.

Geoffrey Paschel also pitched up on Lisa’s post. He said, “He apparently is his own one man show…he blocked me too.” When fans asked him why, Geoffrey replied, saying that Ed may feel “better than us…” Well, fans of the various characters could debate that issue all day. One fan told off Geoffrey, saying, “don’t be a drama queen, I don’t think you guys are obligated to be “friends” and follow each other and be a “family” just because of the show. Just let the guy be.”

Maybe 90 Day Fiance’s Big Ed’s able to be choosy who follows him. After all, as one fan noted, he notched up nearly 90k followers already. Lisa sits with 38k followers and Geoffrey on 33k followers. And, most fans know that social media influencers stand a way better chance of participating in spinoffs and specials. Over on Cameo.com, Ed sells them at $49 a shot. However, he already garnered over 80 reviews since April 3.

Hey Guys, I'm on Cameo..!@BookCameo
is a site were you can book personalized video shoutouts from your favorite people!
🔗https://t.co/aQcumFAjso
.
.#90dayfiance #biged #cameo #tlc #shoutout pic.twitter.com/bWdPz5uEkw

What do you think about Big Ed blocking Lisa Hamme and Geoffrey Paschel? Sound off your thoughts in the comments below.