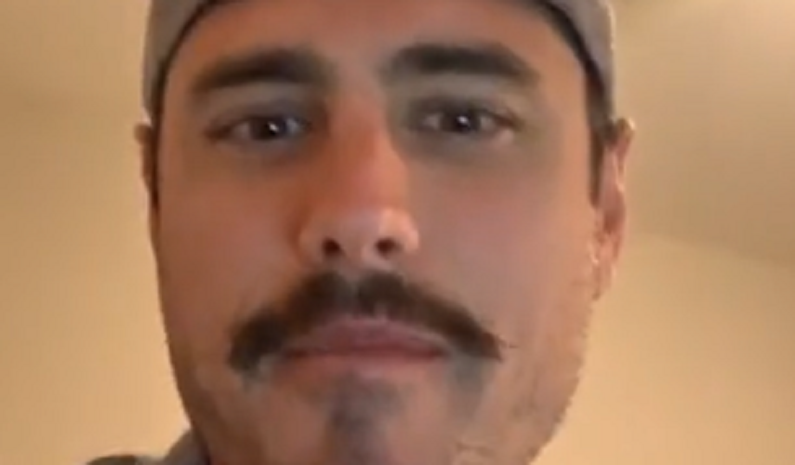 Ben Higgins is just as shocked about Chris Soules and Victoria Fuller dating as everyone else is. The couple has been dropping hints on social media and the dating rumors turned out to be true. Ben was especially surprised to see his good friend spending time with the controversial Bachelor contestant in Iowa. The two are quarantining together amid the coronavirus pandemic. See what Ben has to say about his friend’s new relationship.

Ben Higgins and Chris Soules are good friends. So, it makes sense as to why he was “shocked” to learn that Chris is dating Victoria Fuller. He’s not even sure if the couple is Instagram official.

“Chris is a good buddy of mine,” the former Bachelor told Us Weekly. “We’ve stayed friends and we’ve stayed in communication through his ups and downs and through my ups and downs. I will tell you this, he has not confirmed or denied to me as a friend if this is happening. … I don’t know her, but I’m shocked that it happened.”

This comes after reports surfaced in April that Chris was dating Victoria F. Clever Bachelor Nation saw similarities in both of the reality star’s Instagram posts.

An insider told Us Weekly that Chris “slid into Victoria’s DMs” after she was sent packing on The Bachelor. Just two weeks later, the 26-year-old model confirmed that she was enjoying the “farm life” with the 38-year-old when she posted a photo of herself posing in his living room.

Ben seems happy about his friend’s relationship. He called Chris one of “the best looking dudes and one of the kindest-hearted dudes I’ve ever met.”

He’s glad to find out that the television personality has found happiness with someone else. But he just wished that he would’ve found out first.

He hasn’t spoken to the Season 19 Bachelor star about his new girlfriend. The Colorado native supports their relationship and is looking forward to seeing where things take them.

Ben also noticed the couple’s differences in their personalities and interests. Victoria is more extroverted, whereas Chris is more introverted. Chris also works as a farmer, while Victoria is a city girl.

He’s not sure how the pair got together. But he’s still rooting for them. Despite their opposite personalities, he wants to give them his blessing. Although Victoria was “sensitive” and “would get irritable quickly” during Peter Weber’s season of the ABC dating series, Ben thinks Chris’s personality will make the perfect balance.

“Chris has never gotten underneath my skin, so maybe he’s just a really consistent force in her life and then maybe they make the best couple ever,” he explained. “Or maybe this is just a really fun quarantine.”

Only time will tell if the couple is serious or not. Ben knows what it’s like to have his relationship criticized by the general public. He previously defended his decision to delay intimacy with fiancee Jessica Clarke until marriage. Fans gave them the side-eye after the couple revealed that they’re sleeping in separate beds amid the quarantine.

Check back with TV Shows Ace for the latest news on Ben Higgins.