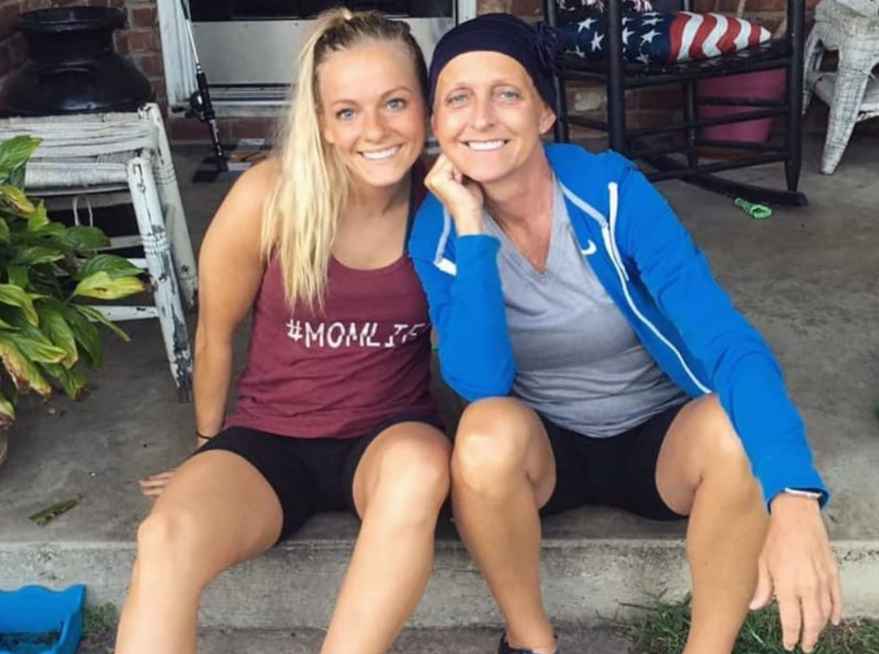 The loss of a parent is heartbreaking for anyone and has a drastic effect on the family’s lives. Mackenzie McKee of Teen Mom OG lost her beloved mom Angie Douthit during December 2019 at the young age of 50. After suffering such an unimaginable loss, Mackenzie is now trying to get back to normal life, but it is hard.

In a teaser clip for the upcoming episode of TMOG, it is revealed that Mackenzee McKee is still mourning the loss of her mother, Angie. As noted by In Touch, in the teaser, we see a memorial service held for Angie, held at the school where she used to work.

A number of colleagues and loved ones share condolences. One points out that Angie didn’t lose her battle to cancer, but that she had won the race set for her. They continued by saying no doubt, the last part of her race was tough, but Angie never quit and finished strong.

It is clear that Mackenzie is feeling emotional while she listens to everyone’s kind words about her mother. We can see her leaning on her husband, Josh McKee, for support during this difficult time.

In a voiceover, Mackenzie says losing her mom is one of the hardest things she has ever had to face in her life. The Teen Mom OG reality star says she has taken some time off to grieve her mom. However, she hopes to be able to now move forward in a positive way.

TMOG star goes for a pedicure

The teaser clip continues, showing Mackenzie getting a pedicure with her BFF, Cayla. McKee tells her friend how tough it has been to continue life without her mom at her side. She says, “The hardest part is the calm after the storm,” adding that “Now, this is reality.”

Mackenzie explains that they will all be feeling fine. However, something small will suddenly remind them of their loss. She shares that the last person she was with when having a pedicure was her mom. This is something they always did together. McKee admits that while everyone says it will get easier, it just seems to get harder for her every day.

1 Peter 2:9 “You were chosen” True Self love. Imagine if we viewed ourselves the way God views us. Imagine how good we would treat others if we viewed others the way God views them. This world is very into self love these days. But I wish everyone understood the TRUE definition of true self love. God molded us in the womb in his perfect image. If I had a child of mine come to me and tell me they hate the way they look, knowing they came from my genes, it would hurt me. I want my kids to love who they are. God made us so perfect in his image. Our skin color, our hair, our shape, our talents EVERYTHING, but we as a society twisted what we think is perfect. It is so important to not view yourself the way the world sees you and see yourself in GOD’S eyes. Also, seeing others the way God views them. I had to forgive someone lately who wounded me deeply. I was angry and chose to not forgive and promised myself that this person simply did not deserve it. 1 month before my mom went to be with the Lord she sent me a text and said. “Did you know that God would never ask you to forgive someone for more than he has had to forgive you for? Pray tonight for God to help you view this person through His eyes. See them the way God sees them, maybe something will change.” Like wow. Just imagine how much we would love ourselves and honor God if we ignored worldly popular views and viewed ourselves and others the way God views us. I challenge you this week to do so. It can be truly life changing if you let it. Look at yourself in the mirror and understand that you were molded perfectly in God’s eyes. #alwaysbekind #staystrongmightywarrior

According to Mackenzie, her husband, Josh, does help her, but she finds the heartbreak so overwhelming. She says it is sometimes too much to comprehend. McKee tells Cayla that she is in so much pain, she’s just crying and it “hurts so bad.”

The reality star says some days she doesn’t know what to do with all that pain, saying she feels paralyzed. When that happens, she can’t even get out of bed and she is not OK.

Sincere condolences to Mackenzie and her family during this tragic time. Watch Teen Mom OG on MTV, Tuesdays at 8/7c.