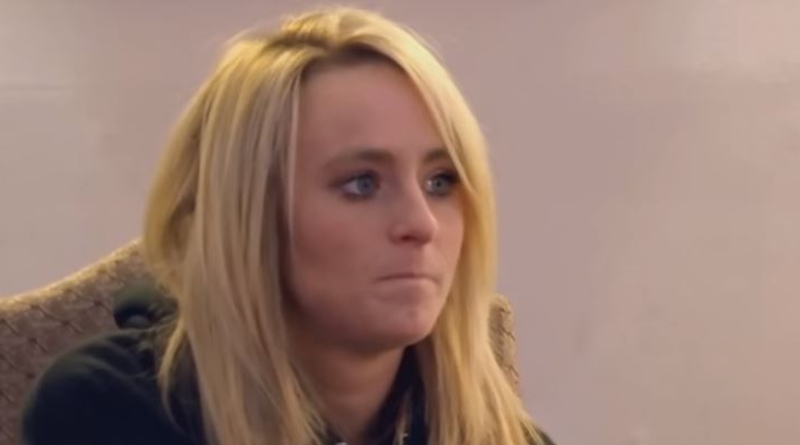 Teen Mom star Leah Messers’ book, Hope, Grace, & Faith only comes out in May, but, an outlet obtained an advance copy. And, they revealed a good many details on the contents. One of those reveals involves the fact that her “miscarriage” shown on MTV actually was an abortion. But now, she revealed even more about that incident.

TV Shows Ace reported on April 11, that The Sun UK got their hands on an advance copy of her book. In their initial report, they focused on her abusive childhood. Heartbreakingly, she suffered abuse at the hands of a babysitter for about six months. Leah felt that for years, she lost control of her life because of that. Afraid to speak out back then, she always felt she never loved herself enough to show herself self-respect. Actually, many poor decisions followed in her life.

Other news from the book revolved around her suicidal thoughts, and the fact that she opted for an abortion. Fans of Teen Mom might recall that MTV showed how Leah went through a miscarriage. However, it turned out she never miscarried at all. She actually underwent an abortion. That came when dating her ex, Jeremy Calvert. She spoke to ET Online about it a little bit. In that interview, Leah said that she became the person she is today and holds few regrets from back then. But, she also noted that she changed. Now, she might not make a similar decision.

Leah opens up even more about her secret abortion

On April 27, People also ran an article about Leah and her abortion decision. Leah told them that at the time, she “100 percent” allowed others in her life to make decisions for her. Leah added that even her mom Dawn thought it a better idea to portray the abortion as a miscarriage. People noted Dawn never yet responded to that claim. But, Leah bought into the idea to the point where she started believing in that miscarriage. Naturally, MTV knew about the abortion. But, they never responded to the outlet who asked for confirmation from them.

It seems the only person willing to speak out about the secret abortion is Leah at this time. Teen Mom showed her “miscarriage,” but nobody else seems in a rush to claim any involvement. For Leah, she now regrets allowing others to make decisions for her. These days, she feels she learned from that experience to take control of her own life. And, from the sound of her book, the Teen Mom now takes a strong stand in that direction.

What do you think about Leah basically being pressured into going along with the miscarriage story? Sound off in the comments below.