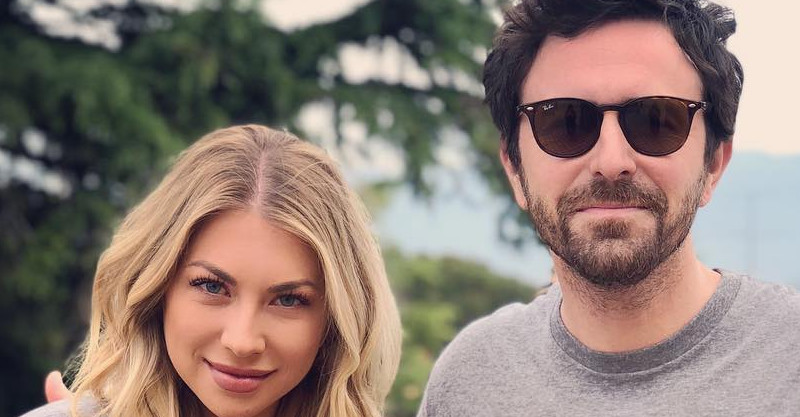 Vanderpump Rules star Stassi Schroeder may come out of quarantine pregnant. After months of saying no baby until after the wedding, Stassi and Beau are open to the possibility.

They aren’t the only ones. TV Shows Ace recently reported that their VPR co-stars, Jax Taylor and Brittany Cartwright, are “hoping” for a quarantine baby.

During a video chat with Us Weekly earlier this week, the couple let it slip that they aren’t NOT trying for a baby. If it happens, it happens.

According to Stassi, they’ve been “reckless” about birth control during the quarantine. She adds that she “wouldn’t be mad” if she ends up pregnant before she’s married.

Beau is Nervous But ‘On Board’

It seems that Jax isn’t the only one freaking out about the idea of a quarantine baby. Beau reveals that the idea is scary because no one knows when the quarantine will end. He says that he “wouldn’t even be able to get to the hospital” if the baby came during a quarantine.

While he’s not against the idea of a baby, the current situation is “something to think about.”

VPR Star Previously Said No Baby Until After Wedding

Brittany, Stassi, Lala Kent and Katie Maloney are all vying for the first Vanderpump Rules baby. Fans are on high baby bump watch alert. In fact, Katie recently had to clarify that she wasn’t pregnant after Tom Schwartz joked about “make it three.”

Brittany previously said that her baby plans were on hold until after the VPR star’s October wedding. She didn’t want to run the risk of not being able to fly to Italy. However, now that Stassi’s wedding is up in the air due to coronavirus, Brittany and Jax may end up with a baby at the end of the quarantine.

Stassi herself said that she didn’t want to be pregnant at her wedding. She wanted to get drunk on “Italian wine,” but now her dream wedding may not happen as planned.

While speaking to Us Weekly, Stassi reveals that despite the advice from the wedding planners, her wedding is still on. The VPR couple have “discussed and digested” the possibility that they will have to postpone or cancel the wedding. However, they’ve chosen to wait until the “last possible minute” before making a decision.

Tell us in the comments if you think Stassi will have to postpone her dream wedding to Beau.

Vanderpump Rules airs Tuesdays on Bravo. Check out the preview for next week’s episode below.