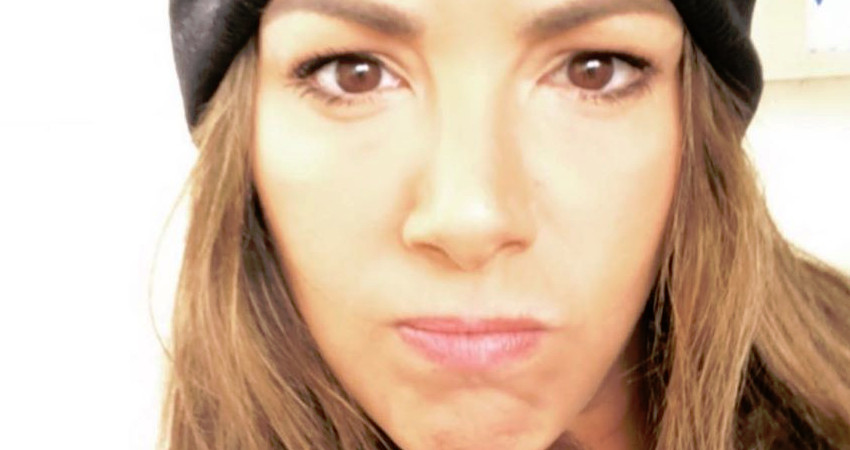 Fans are on a Vanderpump Rules baby watch. But one star is definitely not expecting a baby anytime soon. Kristen Doute took to Instagram Stories to slam online gossip magazines for calling her belly a baby bump.

The Source of the Rumor

The cat is out of the bag about Kristen’s new boyfriend, Alex Menache. Up until this weekend, he was known simply as Kristen’s “mystery man” or “quarantine buddy.”

However, now that his identity is out there, photographs of the couple are being plastered online. Reality Blurb posted photos of Kristen and Alex grocery shopping together. In the photos, Kristen is wearing high-waisted leggings that show a slight belly bump.

Several online bloggers and fans jumped on the photos, wondering if Kristen is expecting a baby. Reportedly, her new man is ready to settle down, which only fanned the pregnancy rumors.

On April 28, Kristen went on Instagram Stories to deny the pregnancy rumors. She took the opportunity to slam @realityblurb and @girlwithgossip specifically for their speculation about her belly.

Since Kristen isn’t pregnant, she accused the bloggers of calling her “fat” for “not sucking it in like some fake IG model.”

Kristen writes that when the photos were taken, she was “running errands during the quarantine.”

The VPR star advises fans to “block” @girlwithgossip on Twitter. According to Kristen, the blogger is “getting off on shaming” her and her co-stars. Kristen says it’s not journalism. Rather, it’s “f**cking cruel.”

VPR Stars Have ‘Pregnancy Pact,’ That Doesn’t Include Kristen

While Kristen may not be pregnant, her VPR co-stars Jax Taylor and Brittany Cartwright may come out of quarantine with a baby on the way. TV Shows Ace reports that Jax has gotten over his zombie-movie based fears about Brittany having a baby during the pandemic.

Brittany, Katie, Lala Kent and Stassi Schroeder have a “pregnancy pact” to try to get pregnant around the same time. However, Kristen is not part of the pact. As fans know, she is not on good terms with Katie and Stassi.

In fact, the April 28 episode of VPR reveals that Kristen was left out of Stassi’s engagement party. Kristen is the one who introduced Stassi to her now-fiancé, Beau Clark.

Tell us in the comments if you think the bloggers were out of line with their pregnancy rumors about Kristen.

Vanderpump Rules continues Season 8 Tuesdays on Bravo. On next week’s episode, Kristen and Jax have a blow-out fight. Watch the preview below.