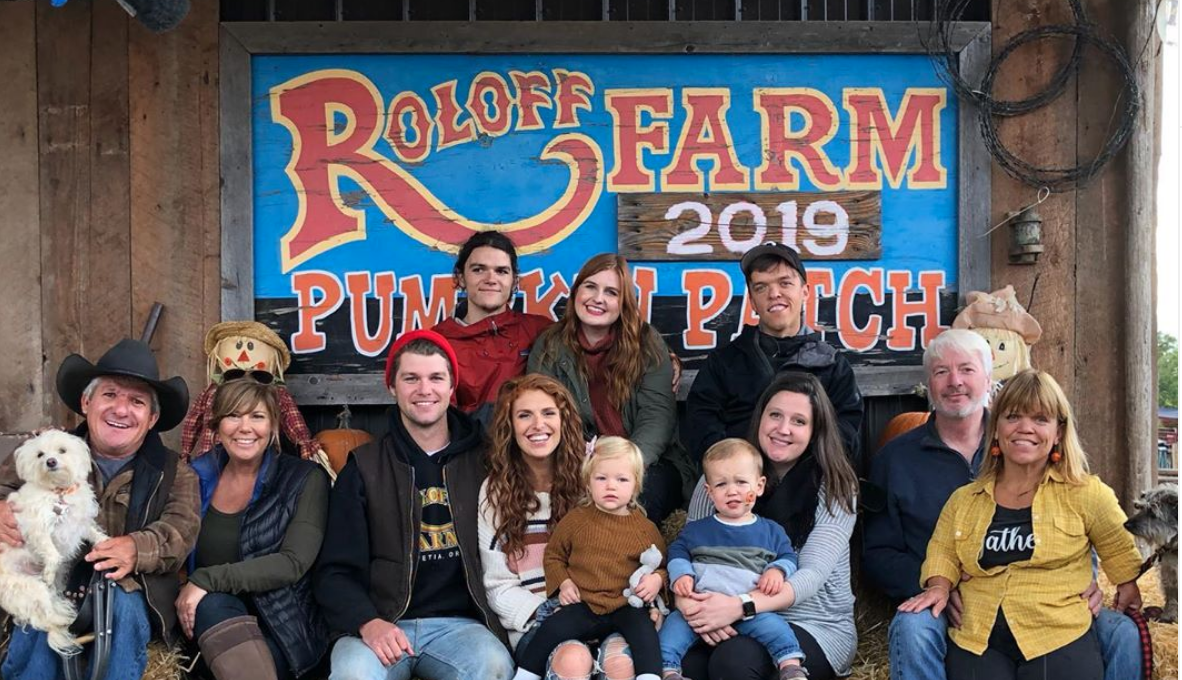 The next episode of Little People, Big World airs on Tuesday, May 5. In the episode, the family is preparing to open the farm for pumpkin season. Keep in mind that the LPBW episode was filmed back in October. But, due to production times, it’s airing in May. Hollywood Life shares an exclusive clip from the upcoming episode.

As a part of the opening day festivities, the Roloff family is unveiling a new airplane playground for visitors. Matt Roloff thinks it’s a great idea to have Jackson Roloff, 2, pull the ribbon. But, Tori Roloff says, “I think he’s going to get stage fright.” Zach Roloff agrees, saying that Jackson isn’t a fan of crowds.

When it’s time for Jackson to pull the ribbon, after Matt gives a speech, Jackson’s pretty nervous. He starts crying for his mom. It’s obvious the toddler has stage fright. And, the opening for pumpkin season is a pretty big deal, so it makes sense. So, he goes back to his mom Tori for just a minute. Then, Zach tries again to help Jackson pull the ribbon. Eventually, Zach and Matt pull the ribbon and officially open the new airplane playground.

Matt talks about the whole ordeal on LPBW, saying, “Grandpa blew it. He looked at me and then looked at who I was talking to and saw, you know, 400-500 eyeballs and that was the end of that.” Nonetheless, the Roloff family is excited to open the farms up for the fall festivities.

Matt uses this picture to document the kickoff of the pumpkin season. He writes about how difficult it was to get a picture of everyone, especially while trying to get everyone to the farm at the right time. But, they made it happen, thanks to a reminder from Jacob Roloff’s wife Izzy.

LPBW fans love the family picture and think it’s great that most of the family was able to be included. They adore the family and their TV show too.

So, will you be watching the next episode of LPBW? Share your thoughts below.

The new episode of Little People, Big World airs on Tuesday on TLC. Don’t miss it!