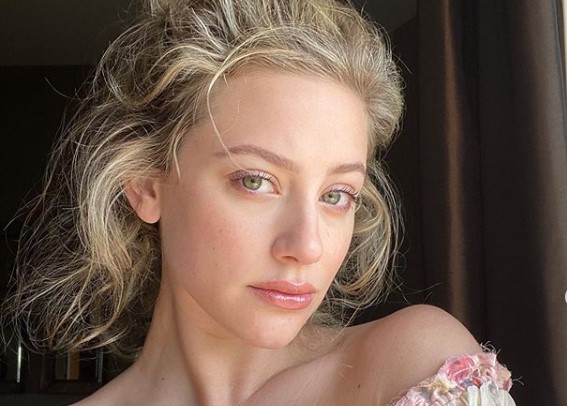 Riverdale stars Lili Reinhart and Cole Sprouse started dating in July 2017. In the past few days, hateful comments have appeared all over Twitter, shaming Sprouse. Although Sprouse fans are still searching for events that may have triggered these tweets, recent rumors claim that Sprouse is going out with model Kaia Gerber. Fans’ tweets indicate that these rumors may have initiated the offensive tweets. Reinhart spoke out about the issue on Twitter.

In response to Twitter users’ attempts to cancel Sprouse, Reinhart stands up for him in her own tweets. She writes, “I refuse to keep my mouth shut about things like this.”

I can still be a @COVERGIRL from inside my house, OKAY???

On May 1, Reinhart tweeted saying that people post unnecessarily rude comments on social media because they feel like they can hide behind their screens. She added, “Bully me? Sure fine. But attacking someone for literally no reason, just for the sake of a f–king twitter trend?” Her tweets indicate that she is upset about the comments toward Sprouse.

In later tweets, Reinhart rants about people criticizing celebrities they’ve never met to make themselves feel more powerful. She tweets, “You want to feel validated or important? Attacking someone online won’t give that to you.”

Lili Reinhart expands on these tweets by saying that when people hurt each other, it is often because they are missing something in their own lives. She explains how hurtful this can be to the victim and that people should use their time for more productive things. She also reminds users to think about the impact of their words before they tweet. Reinhart’s tweets have since been deleted.

Because of the hype surrounding the Twitter hate against Sprouse, #ColeSprouseIsOverParty became a trending hashtag on Twitter. Some users included this hashtag in their offensive tweets, while fans used it to express their appreciation to Sprouse. Several fans posted pictures and videos of Sprouse, saying that they are on his side and love him no matter what. Others tweeted with the hashtag and made memes about trying to figure out why this started.

In the middle and end of April, rumors spread about Sprouse cheating on Reinhart. Fans suspected that Sprouse was dating Gerber. Sprouse posted on his Instagram story in regards to the rumors about him and Gerber on April 19. He called his fans out for spreading rumors about him. Additionally, he stated that he’s received death threats and told users to “choose humanity.” In regards to recent tweets, however, Sprouse didn’t retaliate and instead let Reinhart defend him.

So, what do you think of Lili Reinhart’s tweets? Share your thoughts in the comments below. Be sure to check TV Shows Ace for more updates.