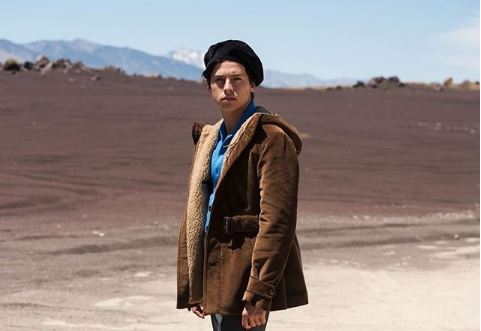 Riverdale actress Lili Reinhart is opening up and addressing those who are spreading negativity on social media. She called out these “toxic” social media users on her Twitter and Instagram Stories, as some began to speculate about the status of her relationship with boyfriend and Riverdale costar Cole Sprouse.  Cole and Lili Reinhart have become one of Hollywood’s most interesting young couples, in part to their on-again-off-again romance.

Reinhart says that Twitter is the most toxic form of social media. She said: “People are a—— for the sake of being a——. Do you not understand karma? It’s fine if you don’t, you’ll understand when it bites your miserable a—.”

The Riverdale actress took to her Instagram Stories to tell people not to put other people down for the sake of putting them down. She said don’t be a jerk. “The world doesn’t need anymore of that.”

Cole tolerates a lot of rumors and slander from those claiming to be his fans. Those fans feel entitled to his privacy because he never indulges them. Fans went too far when they attacked his friends with baseless accusations, leaking his address and sending him death threats. He says these fans are insane and fanatics.

Cole Sprouse has also gone after the negative fans

While Cole did not specifically address the incident that caused this anger. Rumors have been making their rounds on social media, alleging he had cheated on fellow Riverdale co-star Lili Reinhart. While fans have no evidence to base their rumors on, fans have been speculating that Cole and co-star Kaia Gerber were hanging out because the house photos they shared on their Instagram Stories were similar. Some fans also pointed out that Lili deleted photos of her and Cole together from her Instagram. Her mom and sister also unfollowed Cole. News reports confirm that Lili and Cole are still together and that their relationship is always up and down. However, they both talk every day and truly care about each other.

Cole Sprouse acknowledged that when he first stepped into a public relationship, he would draw this kind of attention. He never wanted to indulge any part of his personal life to the ravenous haters, However, he believes that his lack of updating them on his life has allowed them to push their own agenda onto his lifestyle.

Sprouse and Lili Reinhart first sparked dating rumors in May 2017, but did not publicly confirm anything until they arrived at the 2018 Met Gala together. Since that event, they have been the subject of plenty of rumors about their relationship. They made their feelings for each other public last September, with Cole posting plenty of PDA-filled photos to mark Lili’s 23rd birthday. The pair is now isolating themselves separately during the coronavirus pandemic.