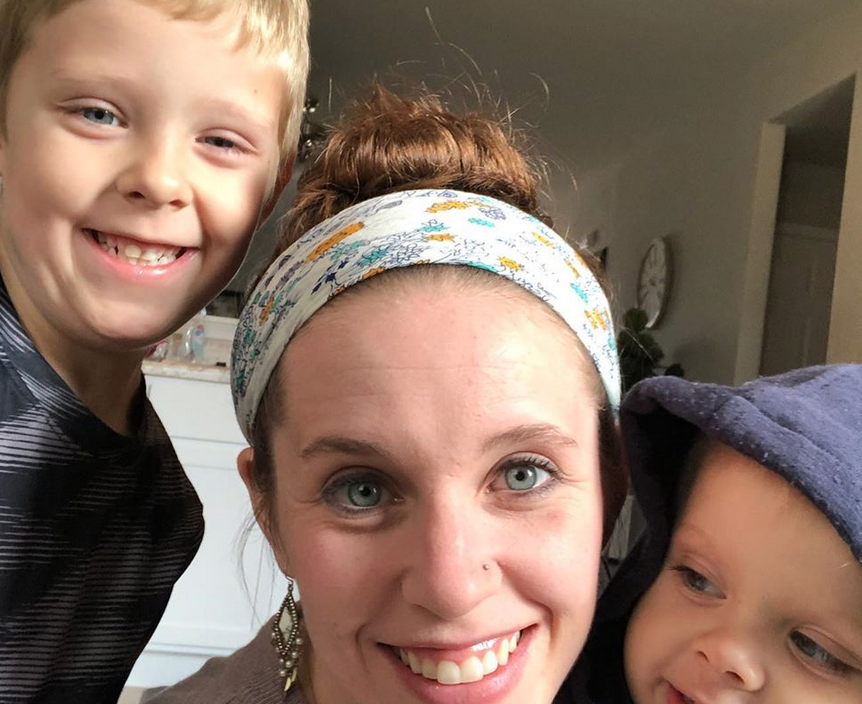 Jill Duggar Dillard shared a new Instagram post that might prove that her kids watch TV shows. In a post, she reveals that Samuel, 2, has allergies. So, to help with that, Jill puts her kids’ stuffed animals in the freezer. Jill is writes, “The allergist recommended freezing anything that’s tough to wash at least once a month for 48-72 hrs. to hopefully kill the dust mites! I usually bag them up to keep moisture off of them and contain them a little.”

In response to the post, Duggar fans offer other recommendations for Jill to try. While that’s what many of the comments are focusing on, some fans notice something interesting about Jill’s photo.

🐻 Stuffies in the freezer! We recently found out Sam has strong allergies to dust! 😳 Both of the boys love their stuffies…so when the allergist mentioned they could be contributing to collection of dust it made total sense! . . 💦 In addition to being better at washing bedding and vacuuming at least once a week (I know…we still have carpet 😬), the allergist recommended freezing anything that’s tough to wash at least once a month for 48-72 hrs. to hopefully kill the dust mites! I usually bag them up to keep moisture off of them and contain them a little. 🤗 . . Do your kids have favorite stuffies or a lot of them? Do your kids have allergies? What have you done to help? ⬇️ Comment below ⬇️

In the picture Jill shares, a Paw Patrol stuffed animal is visible. This seems odd, because the Duggar family doesn’t like TVs. Jill and Derick don’t have one in their home, at least not that fans have seen. Jill did reveal that the family sometimes watches shows or movies on their computer. When she recently cut the kids’ hair, they watched Sesame Street on her smartphone.

So, it’s possible that the kids know about Paw Patrol from shows on their mom’s phone. Or, perhaps, the kids are just interested in the stuffed animal.

What does the Duggar family think about TV?

The family isn’t really into TV. Jim Bob talked about this with Huffington Post nearly a decade ago. He says that he and Michelle had a TV early on in their marriage. But, apparently, it was a distraction.

At the time, Jim Bob said, “Communications dropped off, we weren’t talking as much and we couldn’t believe the content on TV we didn’t think was appropriate. This is detrimental to our marriage. We prayed about it and felt we had to pull it out of our house, which we did. And I would say that is one of the best things we have done for our family.” He also shared that the Duggar family had a TV later on and they watched “wholesome” family shows.

While this is how Jim Bob feels about TVs, it seems that some of his kids see things differently. Jinger Vuolo posted about watching TV when Kobe Bryant passed away in January. Several Duggar grandkids also watch shows on their parents’ smartphones.