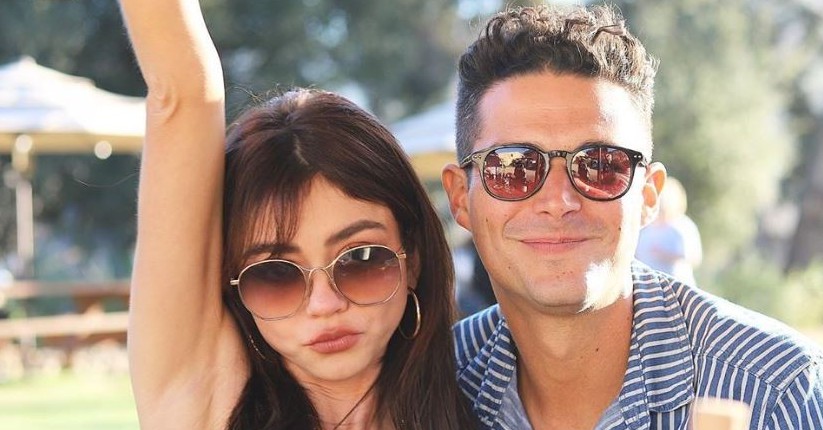 It looks like another wedding is being placed on hold. The coronavirus pandemic has caused many postponements and now Wells Adams nuptials to Sarah Hyland is one of them. He recently spoke up about their plans and how the state of the world has affected them.

Wells says his wedding to Sarah is on hold

Fox News shared details about Wells recent interview in which he revealed wedding plans. He said for now it looks like the wedding planning is on hold. With that said, Wells also said they had not officially started the plans anyway. He thought right about now is when plans would begin. With the pandemic cancelling events, they decided to hold off and see how it all plays out.

When asked if they would ever consider a zoom wedding, Wells said no way. He went on to say that if the pandemic continues long term they will make other arrangements. He said if circumstances won’t allow them their big wedding, they will most likely do a small backyard type event.

Wells said, “I think the thought was that we’d originally start thinking about that around this time, but now this is happening… What’s the point of even trying to get something solidified with everything being just so up in the air?”

Pull my finger. #tbt I miss watching @sarahhyland sing at the @hollywoodbowl, but I can’t think of a better human to be quarantined with. Also, a shower concert is a good alternative 😏.

Wells also touched on the subject of quarantine with Sarah. These two get along great and so far are not sick of each other or having any fights. He said,  “If we’re going to glass-half-full this or silverline it, it’s been quite nice to spend a lot of quality time with my fiancée.”

The two are endless jokesters and show it often on Instagram. Today, Sarah posted a photo from their engagement party with both their tongues sticking out. She captioned it, “Tongues out and ass grabs… but only if you’re at home. 👅🍑 Cheers to the man that is my permanent sunshine @wellsadams 💕.”

Wells also posted recently with a throwback photo and saying he misses Sarah singing at Hollywood Bowl. He went on to say he couldn’t think of anyone better to be quarantined with. Wells also mentioned shower concerts being a great alternative. Sarah replied, “Shower concert comin’ up… any requests? 😏.”

Tongues out and ass grabs… but only if you’re at home. 👅🍑 Cheers to the man that is my permanent sunshine @wellsadams 💕

Wells and Sarah together

Sarah and Wells began dating in 2017. They soon became inseparable. He proposed to her last July. The Bachelor in Paradise bartender and Modern Family actress are simply perfect together. They provide a good idea of what a model couple should look like. Hopefully it won’t be too long before fans get to see them tie the knot and spend forever together.