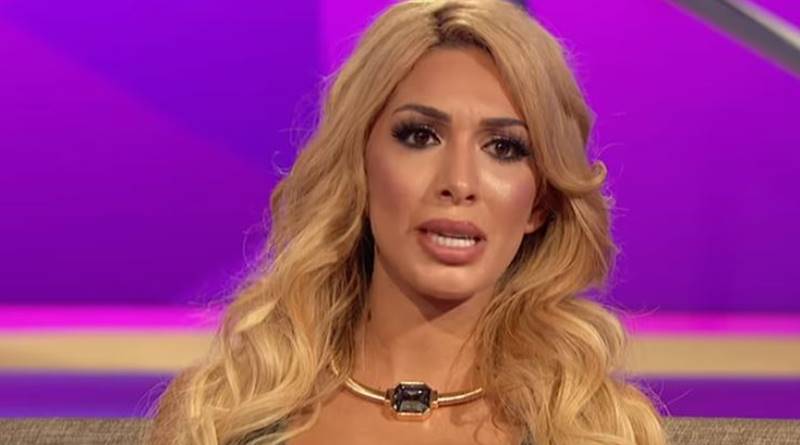 Teen Mom fans know that Farrah Abraham got ditched by MTV. Actually, it came three years ago, not long after a petition raised nearly 100k supporters. Much like Jenelle Evans, absolutely nothing Farrah does will ever make her an okay person to her haters. The crunch came for her haters when she revealed her “X-rated “career.'” But, Farrah believes her dismissal seems unfair and motivated by  “s*x-shaming, hate crimes.” Now, she took to TikTok and made similar allegations of wrongful dismissal.

Teen Mom alum, Farrah Abraham gets a lot of hate, mainly pointing towards her daughter Sophia

Fans of the MTV franchise believe that the way Farrah raises her daughter, Sohpia is very wrong. In fact, some of them point out that in many ways she abuses her daughter. But, CPS leave her with her mom. That’s despite multiple notifications by concerned people. Actually, Cheatsheet reported in February this year, that someone got her investigated. Her mom denied Farrah abandoned her daughter and counterclaimed a stalker obsessed over her. The case came to nothing against Farrah.

The hate mainly arose when Farrah opened up about her career in the s*x entertainment and industry trade. These days, it’s far more common for people to accept it’s a perfectly normal and respectable career. That is until it comes to Farrah. Many critics slammed the Teen Mom producers for allowing her on the show. They felt that it’s not really the place to showcase that sort of career. Since then, and the advent of Tik Tok, TV Shows Ace reported multiple times that haters complain of inappropriate behavior with her 11-year-old daughter.

InTouch Weekly noted that the latest round fired at MTV by Farrah came on TikTok which again featured her daughter Sophia. Recall, she previously claimed wrongful firing. Back in 2017, Farrah came out and claimed she was being fired wrongfully. At the time, she suggested it arose through “women-hating, sex-shaming, hate crimes, selfish, Weinstein company power trip behavior.” But, her actual firing came later. Nevertheless, InTouch Weekly reminds viewers that MTV made out Farrah walked out on them, claiming, “We respect Farrah’s decision to pursue other endeavors.”

Either way, Farrah’s off the franchise for Teen Mom and not likely to return. But, she still throws out the odd reminder that she felt her career choice lay at the bottom of it. In a  TikTok video shared to her Instagram, she and Sophia lip-synched a song. Aimed at MTV, in part, she noted, “Wrongfully fired by a male on Teen Mom … This is how [women] are wrongfully fired every day.”

Perhaps if any other female celebrity claimed this sort of thing, media and the MeToo movement would howl to the heavens. But, Farrah walks a narrow line with Sophia, her detractors believe. After all, she’s still a child, but Farrah treats her too much like an adult, critics think.

What do you think about Farrah claiming once more that her dismissal from Teen Mom came from discrimination against women in the s*x trade? Sound off in the comments below.