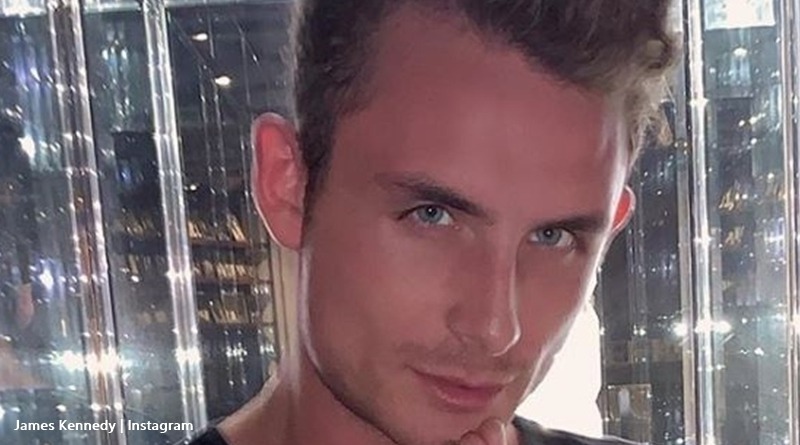 VPR star James Kennedy’s very proud of his sobriety these days. And, it seems that he thinks things through before opening his mouth. Fans know that in the previous season of the show, much ado got made when he body-shamed Katie Maloney. But, he apologized to her, and she accepted his apology.

VPR – James Kennedy on track with sobriety these days

Almost universally despised by the Vanderpump Rules cast at one stage, James seems more in control of his life now. Actually, almost every confrontation arose after he drank. Lisa Vanderpump got so fed up with it she actually fired him from his gig. He got shaded so much during the season when he body-shamed Katie that even people who don’t like Katie, sided against him.  But, he worked hard at his sobriety and seems quite a different person these days.

TV Shows Ace reported in early March, that James stayed sober for “nearly nine months.” He chatted about it with Andy Cohen on Watch What Happens Live. Later, he went to Instagram and spoke a bit more about it. The VPR star wrote, “Coming on to 9months sober and it feels so good!”

And, Raquel Leviss replied, saying, “IM SO PROUD OF MY BOYFRIEND!! I can shout it from a rooftop! I love you!”

Many fans cheered the news from James. In fact, lots of them noted he seems a much better person for it. And, now it seems so does Katie Maloney.

Coming on to 9months sober and it feels so good! Thanks for having me tonight @bravowwhl @bravoandy 💙 #pumprules

In this week’s episode, the SUR and TomTom staff all got together and played each other at softball. Even James got the nod to play for TomTom and he seemed very surprised about it. In fact, he said to Katie in the dugout that he felt “pretty surprised” at the invite. Katie agreed that she also felt a bit amazed. Then, People noted that James came out and said how bad he felt for his body-shaming comments and the fracas that followed.

While fans might think Katie Maloney’s sometimes ungracious, she actually accepted his apology. Katie said in her VPR confessional that she felt James really thought about it. “I feel like he actually spent time thinking about the things he’s said and done, so I accept it,” Katie said. On Twitter, fans reacted to James and his apology.

Another one commented, “James and Kristen are the out of left field players who have caught my heart this season.”

Do you think it’s pretty wonderful that fans actually like James on this VPR season? It takes courage to apologize and it also takes strength of character to accept an apology as well. Sound off your thoughts in the comments below.