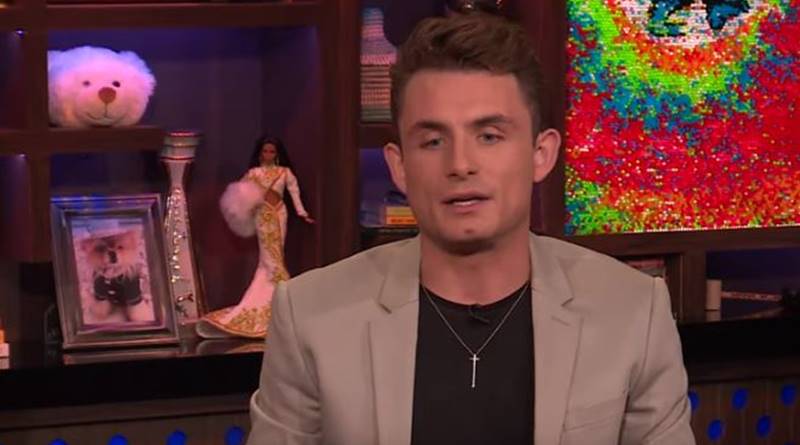 VPR fans saw James Kennedy on Watch What Happens Live With Andy Cohen. They talked about his sobriety. Afterward, James headed over to Instagram and shared more about how he’s stayed sober for nearly nine months now. Many fans congratulated him.

VPR James Kennedy’s sobriety issues got him fired but reinstated

Over the seasons of the show, James sometimes came out really toxic with the people around him. In fact, Lisa eventually lost it with him. He always seemed to get toxic when he drank too much. TV Shows Ace reported that after a number of drunken incidents at SUR, “Lisa Vanderpump eventually fired him.” That all came to a head after James fat-shamed his co-star, Katie Maloney.

However, VPR fans later heard that he got his gig back. It seemed that he impressed Lisa enough with his efforts at sobriety to allow him back to Vanderpump Rules. All About The Truth reported that by Season 8, James and Katie at least seem to tolerate each other. But as fans know, he still tossed back some drinks in the season. However, notably, it got filmed a while back and since then James got on with staying sober.

Talking to Andy Cohen on WWHL, James admitted that he blamed his attitude on being “British.” But, then he confessed he used whatever he could rather than admit the drinking made him that way. Plus he admitted that from time to time he did sneak in a drink and lied about it. But, looking back at the flashback screen, James seemed very proud of staying sober for nearly nine months. In fact, he said that he feels “completely different” from what he just watched.  Later, he shared about his achievement on his Instagram.

Taking to Instagram, James wrote, “Coming on to 9months sober and it feels so good! Thanks for having me tonight @bravowwhl.” Raquel Leviss wrote in the comment, “IM SO PROUD OF MY BOYFRIEND!! I can shout it from a rooftop! I love you! ” Many fans commented on the VPR star’s social media post and the way he got his life together. One said, “So proud of you mate, I am taking that same step for this 2020! If you can do it, so can I!! 💪🏽🙌🏽🙏🏼⭐️👏.”

Other people also found James’s efforts inspiring. James got a bit rad with his drinking, so it gives others the courage to try and stop themselves. One follower talked about that inspiration, noting, “Truly inspiring never let anyone take that away from you. Congratulations on your continuous journey and keep killin the game.”

Many people congratulated and cheered James on. Sobriety’s never easy, but there’s a whole lot of loyal VPR fans out there rooting for him.

Coming on to 9months sober and it feels so good! Thanks for having me tonight @bravowwhl @bravoandy 💙 #pumprules

What do you think about James nearly hitting nine months sober? Do you think that’s a fantastic achievement? Did you notice his clear eyes and a more mature attitude in the interview? Sound off your thoughts in the comments below.