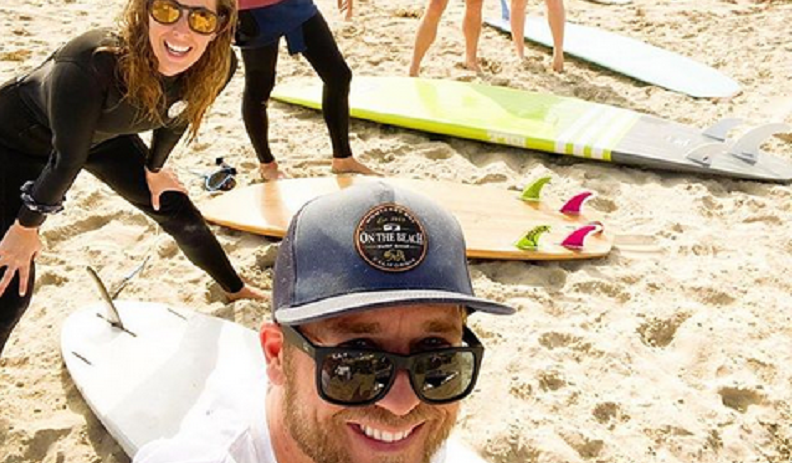 Below Deck Sailing Yacht had a rough start. But now the Bravo series hit a series high amid the argument between chef Adam Glick and chief stew Jenna MacGillivray. Season 1 of the Below Deck spinoff initially sank in the ratings, but it got a boost due to the drama among the crew members.

Below Deck spinoff saw an increase in ratings

Below Deck fans didn’t like the new crew members, including chief stew Jenna MacGillivray. She was compared to her predecessors Kate Chastain and Hannah Ferrier. Even chef Adam Glick’s return to the show wasn’t enough to keep viewers interested.

Us getting ready to sail through the rest of the work week. ⛵️💪 (📸: @jennathemac) #BelowDeckSailing

The latest episode was appropriately titled “#Awkward” since things got awkward among the crew members and charter guests. Over the past week, the series continued to increase in ratings as tensions grew between Glick and MacGillivray. Their relationship has made things awkward for everyone on board, including second stew Madison Stalker.

Viewers want to hide under their blankets and never come back out after watching Below Deck Sailing Yacht on Monday night. Charter guest Lyndi Kennedy requested a nighttime beach setting for her guests.

The crew members delivered on her demands with a romantic party. The only thing Lyndi didn’t like was the surprise proposal by her boyfriend Jesse Thompkins, according to Decider.

He was in the mood for love as he watched crew members Georgia Grobbler and Paget Berry serenade their group with their unique song. Jesse told MacGillivray that he wanted to propose, but he didn’t have a ring on him. So, she offered to let him borrow one of her rings.

Watch us discuss Lyndi's episode on Below Deck before part 2 airs tonight! This was supposed to be one of our first videos for our new YouTube channel but they blocked it with the show's content, so here's our first IGTV instead! =) Go over and subscribe tho- link in my bio!! Were giving away some of my FAV skincare products to one of our new subscribers who comments on our last video!! xoxo

Lyndi’s reaction was not what Jesse expected. She asked everyone on the beach to stop what they’re doing. The two walked away to hash out their feelings. Lyndi tells Jesse that while she loves him, she’s not ready to marry him.

But everything is okay! Jesse gives Lyndi a piggyback ride back to the beach party. Meanwhile, chef Adam is serving dessert while Jesse’s friends say, “Congratulations to you, I love you!” Jesse tells his friends that “she didn’t say yes,” but they’re still in love. Awkward!

That wasn’t the only awkward moment on Below Deck Sailing Yacht that night. Glick was in the mood for love as well. This came after MacGillivray told him that none of her ex-boyfriends did romantic gestures. She admitted that she would “probably cry” if he gave her flowers.

The chef was motivated to head to the beach to gather some flowers for his girlfriend. He even smacked his nose on a large tree branch after stepping off the tender. That didn’t stop Glick from picking out wildflowers for his beloved.

Things quickly headed south for the couple when he surprised her with the flowers. Jenna’s reaction was not what he expected. She gave him a small “thank you” and quick snuggle and then scrolled through her smartphone.

A charter season can be SO intense for everyone. Sometimes you want to be close to your person just for that escape from your daily life of providing the best possible vacation for someone else while you serve dinners, drinks, make their beds, and scrub toilets. We all worked our asses off, whether you see it all or not. And we all inherently want to feel good in our own personal lives. My person during our season was Adam. We all do what we need to do to get by. And as long as it doesn’t hurt anyone else, life is too short not to show as much love as you have in you to give; whether that be as a friend or a lover. 💙

“It hurts a little bit. I was excited to give her flowers. I worked all f***ing day for it,” Glick told the producers, as quoted by the Bravo TV blog.

He explained that he wanted to make MacGillivray feel “special” and loved. But when she didn’t reciprocate the way he wanted, he grew tense. Glick said he felt like he “failed.” To say that he was disappointed is an understatement.

That led to an explosive in the Master Suite after the two hooked up. Jenna asks Adam why he’s acting so distant. He accuses her of ruining a great moment and threatens to leave the room. Jenna then confesses her love for him, which makes things even more awkward between the two.

Out of nowhere, Adam brings up that she didn’t appreciate his flowers. Since she couldn’t appreciate his heroic tree branch run-in, he didn’t want put his feelings on display. Viewers have to wait until next week to find out what happens with the couple.

Isabel Roloff Shares Adorable Snap Of Her Finding Out She Was Pregnant
Here’s Why Jinger Vuolo’s New Profile Picture Has Everyone Freaking Out
‘Outdaughtered’ Danielle Busby Says Blayke Unleashed Bucket Of Maggots?
‘The Grand Tour: Lochland’ Released, Will Covid Derail Next Season?
Is ‘The Bachelor’ Scripted, Former Cast Members Weigh In?