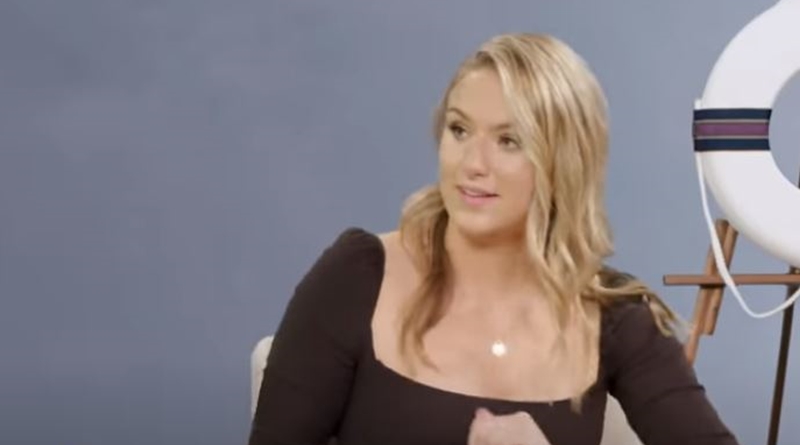 Below Deck fans know that Courtney Skippon didn’t skip away with her behavior on the show. In particular, Brian de Saint Pern clashed with her on social media. So she knows how it feels to get backlash. Now, she stepped up and defended Jenna MacGillivray of Sailing Yacht.

TV Shows Ace reminded fans that during the reunion in February, the bitterness between Courtney and Brian de Saint Pern came to the fore. It all started because Brian, a deckhand, suggested he “dodged a bullet” with Courtney. And, Courtney claimed he’s super-aggressive. The feuding went on for a while on social media, with Courtney leading the way. This led to Brian eventually calling for his fans to support him.

Anyway, both of them ended up with haters and fans who also got divided over Courtney and whether Brian “dodged a bullet.” The bottom line seems that Courtney can at least call herself a veteran victim if nothing else. Perhaps that moved her to step up in defense of Jenna MacGillivray on Below Deck: Sailing Yacht. The chief stew comes across with a very hard attitude and already gets the heat from fans of the new Bravo series.

Monsters and Critics picked up on how Jenna acts “tough-as-nails.” And, on social media, fans of the show hate that attitude. Mind you, they should be used to that tough veneer on the female crew, as they know Captain Dandy doesn’t take any nonsense either. But then, Sandy’s a Captain and responsible for the entire yacht and the wellbeing of guests. Notably though, not everyone can’t stand Jenna. One fan wrote on Twitter,  “Jenna’s a mean girl.” But, another one called on Courtney to defend Jenna.

The Below Deck fan wrote on Courtney’s post, “Pop over to @jennathemac to lend support. The internet trolls came out en masse for her. Mean girls, just vicious. I would love to be Jenna’s friend, she’s sarcastic and witty and doesn’t deserve the vitriol.” And, in response to the “mean girl” tweet, she did just that. Courtney said, “Nope, she isn’t!” Actually, that seems quite nice of her and Jenna noticed that tweet. She also saw another one where Courtney said that she “loves” Jenna and chats with her “often.” Jenna said, “Thank you!!!”

Just popped in to announce that I’ve finally caught *that running guy* (you know the one).

Hope you’re all doing as well as you can be right now and staying safe.

What do you think about one of the crew, Courtney, stepping up to defend Jenna? After all, she understands how things work on a Below Deck yacht. Do you think fans are too hard in their judgment of Jenna MacGillivray? Sound off your thoughts in the comments below.

Remember to check back with TV Shows Ace often for more news about the cast of Bravo’s Below Deck: Sailing Yacht.