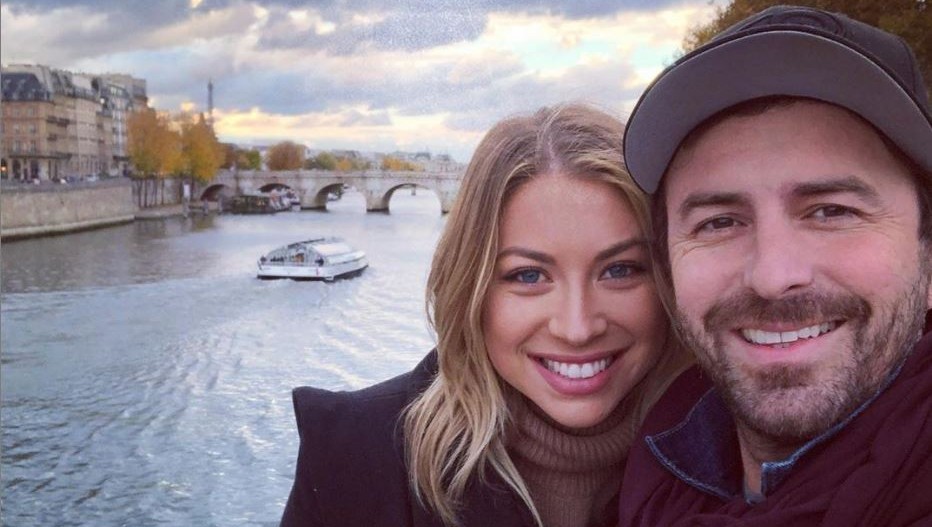 American Horror Story fans know the Murder House from Season 1 was extra creepy. Beau Clark thought so as well. This is why he considered proposing to Stassi Schroeder there at a house thought to have inspired the one in the show. While the fictional version of the house had far more gory deaths, looking at pictures of the Los Feliz Murder House, you can see how creepy it is.

The house located in LA has a dark history and some of the things that happened there are close to the storyline of the AHS version. A doctor killed his wife and hit his daughter with a hammer trying to kill her as well. He then took his own life while the daughter escaped at 4:30 in the morning. Since the murder/suicide happened in the fifties, locals have always known about the house. It being the inspiration for the popular horror show on FX put it on the map a bit more.

How to dress for talk shows nowadays 😳 #WWHLatHome

Why Did Beau Clark Change Locations?

Stassi Schroeder is openly into creepy things and has talked about the house before. Because she went to the house with Katie Maloney-Schwartz she told a producer about it. She said, “so there’s the Los Feliz murder house, look it up. “The dad bludgeoned his wife. But his daughter was able to escape with her other siblings. And then he killed himself.” She went on to talk about how no one had moved into it since.

She said, “like I went eight years ago with Katie in the middle of the night and peered into the windows.” She said none of their things were removed. Beau Clark wanted to propose to her there, because she’d talked about the house since they met. He said, he couldn’t. “They gutted the whole thing,” he said.

What Happened To The House With New Owners?

The house sold again, although no one moved in. The newest owner has done some work to it according to The Cheat Sheet. They were in the middle of it all and then put it back on the market.

They said the reason they want to sell is because they didn’t know it was featured on the series. While it has become a tourist attraction now, they didn’t know that when they bought it. The owners said people have tried to break into the home. Since Stassi is into the macabre, Beau Clark proposed to her in a cemetery. Now, COVID-19 has affected their wedding planning. They are rolling with the punches and Stassi said she knows a big wedding is probably not in the cards. If Stassi had her way, she’d probably be getting married in the murder house of Los Feliz.