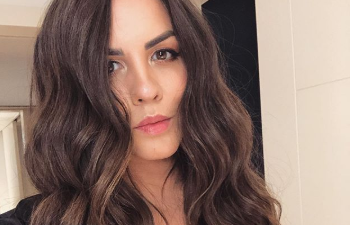 It has been apparent from comments made and events not attended the Witches Of WEHO haven’t been on the best terms. Stassi Schroeder, Katie Maloney, and Kristen Doute were always close on Vanderpump Rules. Something changed and after a lot of speculation fans are finally finding out why. One thing they’ve made clear is the reason they are fighting is not simple. Katie Maloney guest starred on Straight Up With Stassi and they talked about it.

Katie and Stassi have remained close and are in solidarity about their feelings towards their ex-bestie Kristen. The Vanderpump Rules crew often fights and makes up. This fight has felt a lot more serious and permanent than the others to fans.

NEW #pumprules ON TONIGHT! Here’s a throw back of me and my Bub from the rehearsal dinner night.

What Broke Up Katie Maloney, Stassi, and Kristen?

Katie said, “it’s such a layered thing ” according to US Weekly. Stassi agreed with her saying, “this is the opposite of a black-and-white situation. These feelings started to develop two years ago.”

They explained the chain of events that led to the fallout. First, the two were supposed to help Kristen address her relationship with Brian Carter on camera. They agreed to it ahead of time. When the time came Stassi alleged Kristen acted like they’d never talked. She defended Carter and the other two girls felt like she made them look stupid.

Katie Said Kristen Made It Difficult

Katie Maloney said, “it became really difficult when she would defend him so aggressively to us on camera but then off-camera, it was a very different situation.” Katie went on to say she wanted to have them to cry on and then flip completely when they were on camera.

She said Kristen started, “treating us like we were horrible friends for putting her in this position, the position she had put herself in.” Kristen had said their friendship ended over Carter but Katie and Stassi disagree. Stassi said, “we’re not mad that you’re in a s–tty relationship. I am mad that you are making us look like bad friends.”

Stassi and her fiancé recently addressed the Carter situation according to Reality Tea. Beau said Carter was, “kind of like an emotional leech — and that can set people off and make him go manic.”

Stassi said Kristen would make her and Katie Maloney be nice to him. She said Kristen would tell her, “the worst things in the world about him.” Then she would say, “you better be nice to him.” Kristen has put Carter in the past and is now dating someone else. Alex Menache, a friend of Tom Schwartz, is her new boyfriend. Some might think that would be awkward since she’s not speaking to Tom’s wife Katie Maloney.

Both Stassi and Beau Clark had nice things to say about the new man in Kristen’s life. Fans wondered if maybe a WEHO reunion might happen. Only time will tell if these three will be friends again.