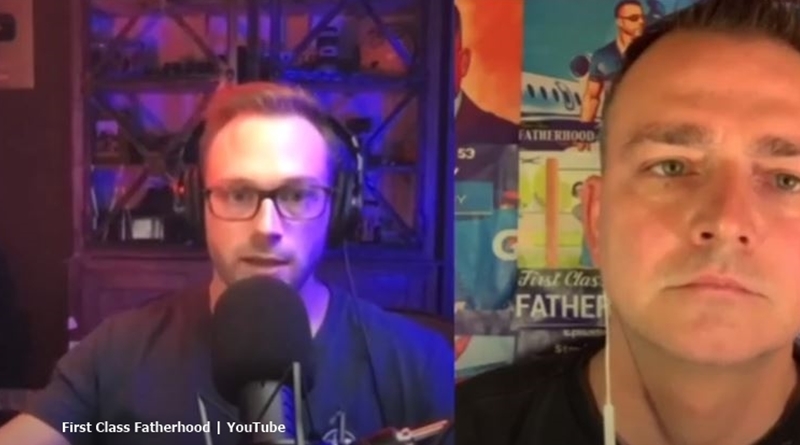 OutDaughtered fans know that in the past, Adam Busby featured on the TLC show going to therapy. He suffered from depression. But, he never really opened up about the depth of his depression after the quints arrived. Now five years on, Adam says he’s still getting his head around being a dad of six kids. He opened up about coping with the shock and lifestyle changes with Alec Lace on the First Class Fatherhood podcast a few days ago.

OutDaughtered – Adam Busby in therapy in 2017

TV Shows Ace reported in September last year, that Adam and Danielle went on a vacation to “the Planet Hollywood Resort & Casino, Vegas.” However, their vacation also involved a funeral as Adam’s friend and counselor, Jarrid Wilson passed away. Back in 2017, TLC aired an episode where fans saw Adam go and see Jarrid in the hopes he could help him with depression. At first, unwilling to talk, Adam started opening up about the issues he suffered through.

Before he went to see Jarrid, OutDaughtered mom, Danielle cried as she spoke in her confessional. She said that she felt glad Adam “felt strong enough” to talk about it. But, she also noted that she can’t help but ask, “what did I do wrong?'” Well, maybe Danielle did nothing wrong at all. Danielle said that she “felt guilty,” as though the demands of the kids meant she couldn’t “focus on him enough.”  The session with Jarrid never really saw Adam open up very deeply. At least, not what the fans saw anyway. But now, he spoke to Alec Lace and revealed the depth of his stress after the quints arrived.

On Friday, Adam spoke to Alec Lace on the First Class Fatherhood podcast. His chat featured on Alec’s YouTube channel. Alec asked him to elaborate on his “postpartum depression.” From the way Adam talked, it seems he still finds it a bit difficult to open up, but he managed to convey his fears and worries about his wife, his daughter Blayke, and the quints in the coming years. He described the months after the quints were born as “turning their entire lives upsidedown.”

As the OutDaughtered dad mentioned, from being a one-child family to six meant that he and Danielle could no longer live their life the way they previously enjoyed. But being a worrier, it’s clear Adam fretted greatly about being a provider. As he pointed out, five extra kids mean extra “upgrades.” He mentioned that involved bigger cars, bigger houses, future concerns about providing them all a good life. Plus, with months of NICU, he couldn’t simply enjoy his daughters as he stressed himself silly with worry. In fact, he mentioned all those worries actually carried on for a few years.

Adam talks about people being afraid of dealing with depression

Adam and Danielle navigated their own way raising all the quints and Blayke. No manual is written on that. So, he tried finding his own way and discovered an almost overwhelming feeling of not being prepared for it all. The OutDaughtered dad noted that he knew very little about depression as this was the first time. He started “withdrawing” from his friends, and found himself demotivated. Adam learned that many people try and avoid talking about depression. He noted they’re “scared of it, try and hide it.” He said that doing that, “only makes it worse.”

Adam credited Danielle for telling him that he needed help. He started off talking to Jarrid and then his friends and even a therapist. He said that he only started seeing progress after that. So, during his chat on the First Class Fatherhood podcast, Adam probably gave some excellent advice to others who might feel overwhelmed as new parents. Can you relate to that? Sound off in the comments below.