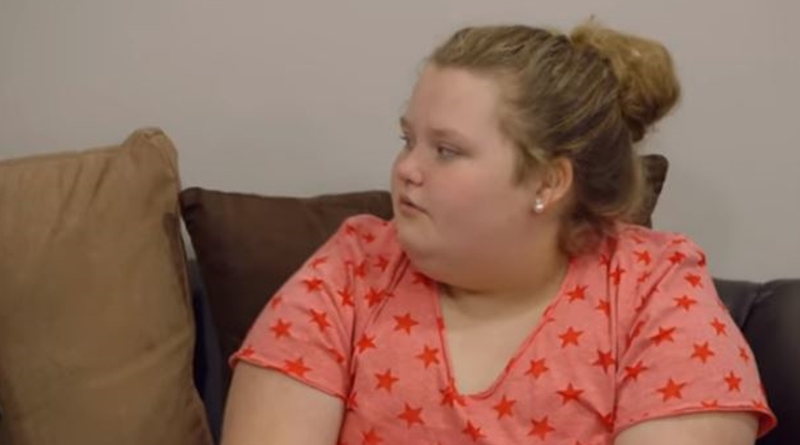 Mama June: Family Crisis reveals more about June and her rehab. But, it also highlights an incident that fans saw on social media in September last year. Recall, fans saw that Alana (Honey Boo Boo), started real school. But, shortly thereafter, pretended to snort cocaine. In the current season, fans now see how that crucial that mistake played out.

Mama June: From Not To Hot, Family Crisis – Jennifer and Sugar Bear want custody of Alana

TV Shows Ace reported in September last year, that fans of the WEtv show went crazy after Alana pretended to snort a line of cocaine. With June’s addiction recently emerging, it seemed she picked up very bad habits from her mom. Fans knew that at the time, Alana moved in with her sister Pumpkin. Recall, the previous season showed Pumpkin negotiating with Jennifer and Sugar Bear for custody. Under certain conditions, Sugar Bear also agreed she could return to a real school.

But, going online on her Instagram Stories and pretending to do drugs very nearly put an end to that custody agreement. We also reported that in the current season, fans grow fed up with Jennifer. In the current Mama June: Family Crisis season, fans see Jennifer and Pumpkin clashing. She and Sugar Bear fight with her over custody of Alana. Fans can’t stand Jennifer. Actually, many of them expressed that her only interest is to put one over on Mama June. The two women really don’t like each other.

Now, Hollywood Life recapped more about it all. And, Pumpkin freaked, knowing that Alana might have aided Jennifer in her custody argument. To make things even worse, the day Alana shared those clips showing her pretending to snort cocaine, June also retracted her agreement to go into rehab. Shattered at the news that she refused help, Pumpkin and Josh decided they should open up to Alana about the news.

In the Mama June: Family Crisis episode this week, fans know that Josh, Pumpkin’s husband felt they shouldn’t lie to Alana. After all, her mom did that often in the past. When they broke the news to Alana after school, the young teen got so distraught Pumpkin asked the production team to give them privacy. However, before they left, they heard Pumpkin raging at Alana about the cocaine incident. Naturally, she felt Honey Boo Boo just handed a crucial bit of ammunition to Jennifer’s arsenal of custody arguments.

When you heard the news that Honey Boo Boo pretended to snort cocaine last year, did you have any idea how it could so crucially become a problem for Pumpkin? Sound off your thoughts in the comments below.

WHAT? Josh Duggar Wants Trial Postponed For One Year
Mike Boornazian Teases ‘ILAMB’ Season 2 Again: Has TLC Renewed?!
’Taken At Birth’: The Truth About Dr. Thomas J. Hicks & Stolen Babies
‘LPBW:’ Wait! Does Jackson Roloff Have A Speech Problem?
Todd Chrisley Talks About People Who Stab Him In The Back