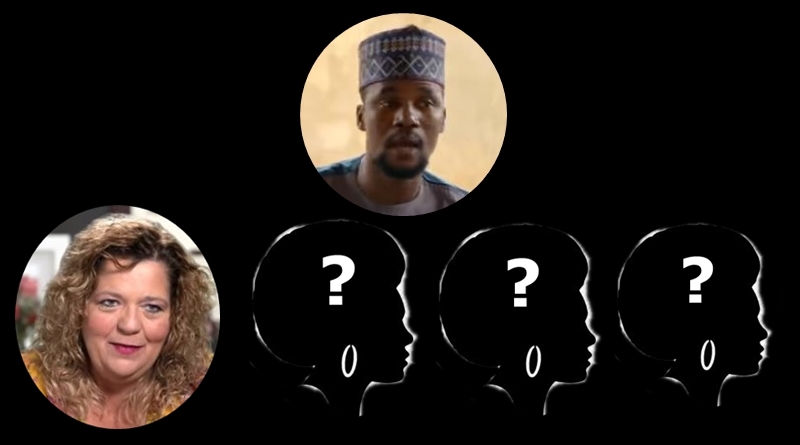 90 Day Fiance star, Lisa Hamme seemed exceptionally jealous of Usman and his many female followers. But, when he brought out a video with a model in it, she didn’t react explosively. Now, she seems okay with Usman taking on more wives. Actually, it’s all about kids. Fans know that Angela Deem faced a similar problem with Michael Ilesanmi and her inability to conceive kids.

Fans know that the last season of Angela Deem and Michael Ilesanmi revolved around her last remaining egg. Thousands of memes went around the internet portraying Angela’s last egg. Plus, a popular item for the show’s memorabilia became a tote bag. That emerged after she asked her daughter to donate some eggs. She said she could tote the egg. Michael explained he needs kids. And, that seemed to be a major concern from his mom as well. Children seem socially acceptable to Nigerian men, and no children are shameful.

Usman spoke with Angela Lee’s Lip Service podcast. He said that kids are so very important and he’d marry more women to father them. In his chat, he said, “in as much as [Lisa] cannot give [me kids], even if we are going to stay together, I must get [a] child.” As Lisa can’t conceive, then he needs more wives. Between Micheal and Usman, fans of 90 Day Fiance learn that children become so important. If necessary, the men will take on a girlfriend. In fact, recall that Aladin Jallali’s uncle warned Laura Jallali he could take four wives under the same faith.

Lisa’s condition for Usman to have another wife

InTouch Weekly wrote about Lisa and more wives. They said, “The reality star isn’t totally against it, but she does have some conditions.” Well, actually, it’s not really Lisa’s conditions and she can’t demand anything. Her rep, Rocco Straz noted to the outlet, that it’s “acceptable for Usman to take on four wives.” But, Rocco stressed, “he must be able to provide for all four wives.”  So, it’s not like Lisa can demand anything. It’s all set in place under Nigerian law. He must fully support each wife financially with transportation and insurance and all other essentials. But, these conditions mostly apply to the law already in place.

The BBC noted in 2008 that men under Islam may “have up to four wives, as long as they] treat them equally.” In other words, new laws that passed in 2000, means that wife number one, or the senior wife could no longer laud it over wives two, three, or four. And, each wife retains social and security standing. Muslims in Nigeria always followed their tradition of four wives, as the prophet had a total of four. Only recent laws permitted it with Christians as well, despite opposition and division in government. 90 Day fiance‘s Lisa can’t stop him either way, no matter his religion.

Usman could totally override Lisa’s wishes if he wanted

If Lisa wished to remain in a marriage union with Usman, or even enter into a marriage, she can’t object if he takes on more wives. Actually, the fact that she accepts that may verify the suspicion that fans believe they simply use each other in the 90 Day Fiance show. But, if he moves to the USA and gets his green card, he may face legal issues. US law would recognize only Lisa as his wife. That’s a problem people see with the TLC show, Sister Wives. When Meri Brown legally divorced Kody, she gave her rights as the main wife to Robyn.

Perhaps Lisa and Usman could move to Utah where polygamy’s less stigmatized these days. But, according to Nolo Legal, Usman wouldn’t necessarily be able to automatically bring any of the other wives to the USA. Definitely, it’s an interesting twist to the 90 Day Fiance story of Lisa Hamme. Do you agree? Sound off your thoughts in the comments below.