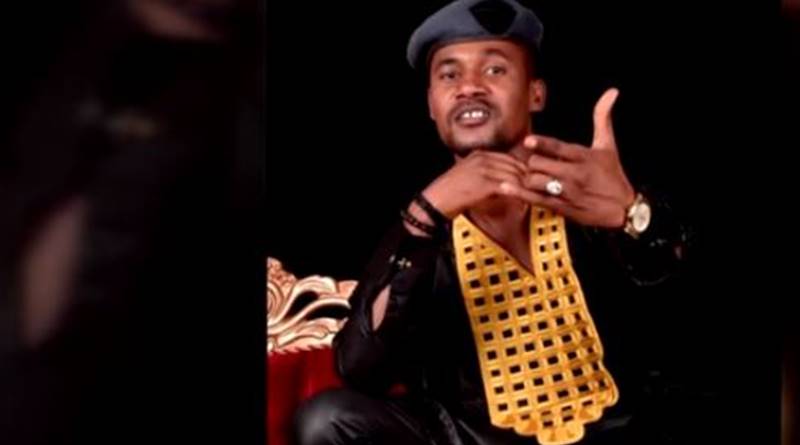 90 Day Fiance: Before The 90 Days fans met Lisa and Usman (Sojaboy), her young Nigerian man in the latest season of the show. They know she’s super-jealous and very controlling. Plus, they know from Lisa’s Instagram she’s very harsh with anyone who disagrees with her. So, how did she react to the news that Sojaboy put a stunning Nigerian model into the video of the song he composed for her?

In the preview for the show, fans saw that Lisa went all soft and gooey at the thought that Usman made a music videos about her. But later, when their scenes started airing, fans got pretty “grossed out,” we reported. She was all over him with hectic PDA within minutes of meeting him at the airport. Plus, she told the world she wants to “raw dog.” On social media, many of her Nigerian followers slammed her as HIV/AIDS is very serious in their country.

Fans know that Lisa’s very jealous of her young lover. And, she hates the idea of the rapper/musician getting so many beautiful female fans. Well, Sojaboy’s not widely known as a singer, but his music’s pretty good, some people think. And, in his local Nigerian town, he’s got a following. Lots of them seem young and attractive. Actually, fans can’t believe Usman got involved with Lisa, who’s in her 50s, with so many lovely and classy Nigerian women in his own country. Fans of 90 Day Fiance suspect he just uses Lisa for a green card to the USA. Now, he changed his original song, and one would expect Lisa to go ballistic.

Sojaboy shares his revamped video with model news on Instagram

On Tuesday, Sojaboy shared on his Instagram about the revamped song, “I Love You.” He posted the link in his bio. Anyway,  the song’s the same but this time, a beautiful model comes in and out of the scenes as he sings. But really, for comparison, fans need to rewatch the original. Thankfully, Starcasm sleuths tracked down the original though it’s not on his official account on YouTube. They shared it with their readers.

You can see both videos by the 90 Day Fiance star below. The first one is the original and the second is the new version with the model.

How did Lisa react to the news about the model in the video?

Most fans of the TLC show expected Lisa to erupt, go ballistic and thoroughly entertain them with a tantrum. However, sadly, she didn’t. On her own Instagram, one fan noted the video and Lisa replied. She simply said, “yes both videos are making us money.” That reaction seemed very unexpected. After all, as another fan noted, “Usman wasn’t allowed female followers/friends/fans.” When one 90 Day Fiance fan suggested she didn’t freak out because they already split, she also replied. Lisa just said, “stay tuned” and put up laughing emojis.

What do you think about Usman (Sojaboy) revamping the song for Lisa with the model in it? Did you expect a freak-out reaction from Lisa Hamme? Sound off your thoughts in the comments below.

Remember to check back with TV Shows Ace often for more news about Lisa and Sojaboy and the rest of the cast from 90 Day Fiance: Before The 90 Days, Season 4.