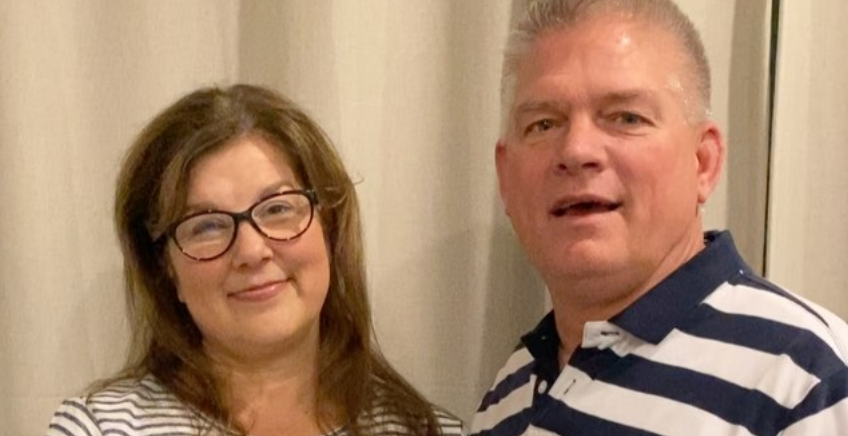 Bringing Up Bates is currently on its ninth season. The show airs on UPtv and features the Bates family. If you’re a fan of the Duggar family and TLC’s Counting On, you might be familiar with the Bates family too. The two families are close and share some of the same values.

In the current season of the Bates family’s show, there’s a lot going on. With such a large family, something is always happening. This season features several relationships and new babies on the way too. It’s an exciting time for parents Kelly Jo and Gil Bates.

You’re the reason behind my smile… you’re the greatest part of my day! You’re my best friend, my hero, my everything! I’m the absolute luckiest girl in the world and you’re the only Valentine for me! Happy “I Love You” Day! ❤️😍🥰 (And even though it took Erin an hour to get a photo I could use… and it was past midnight and Valentines Day, I’ve never laughed so hard and had so much fun! So, thank you , Erin, for making the ending to a special day even better! Lol!!!! 🤣And thank you, Zach & Nathan for the gazillion tries to take one pic that’d hide our double chins & all that other stuff we’d like to disappear lol! And Josie, I wish I had seen the pic you took before I had already posted cause the farther away one definitely hid more!!)

A preview was recently released for the next episode of Bringing Up Bates, which airs on Thursday, April 23.

In the preview, the family is heading on a trip together, and they’re staying at a cabin together. Also, there are over 40 people along for the family vacation. So, this is sure to be an interesting episode.

In the clip, they’re working out who stays in which rooms. Because the family is large, the family already plans things out like this. But, that doesn’t mean things aren’t complicated. In one scene, Kelly Jo is switching the kids’ rooms and deciding who should stay where.

They’re also preparing food for the large group. Again, this is something that the Bates family is familiar with. Things are pretty crazy though, as should be expected with over 40 people. Dad Gil calls the whole ordeal “organized chaos.”

Of course, there’s a lot more in the episode that will be shown when it airs. But, the new preview is enough to get Bringing Up Bates fans excited about the upcoming episode.

The episode takes place in Gatlinburg, Tennessee. The Bates family lives in Lake City, Tennessee, which is in a rural part of the state. Carlin Bates and her husband Evan Stewart live in Nashville, Tennessee. So, the trip to Gatlinburg can’t be too bad for the family.

The episode was filmed a while back, prior to the coronavirus pandemic. So, fans can rest assured that the Bringing Up Bates family is staying safe during this time. Luckily, this episode can keep fans entertained while they practicing social-distancing to prevent the spread of the coronavirus.

You can see the episode preview here:

The newest episode of Bringing Up Bates airs on UPtv Thursday at 9pm ET. So, will you be watching it? Let us know what you think in the comments below.