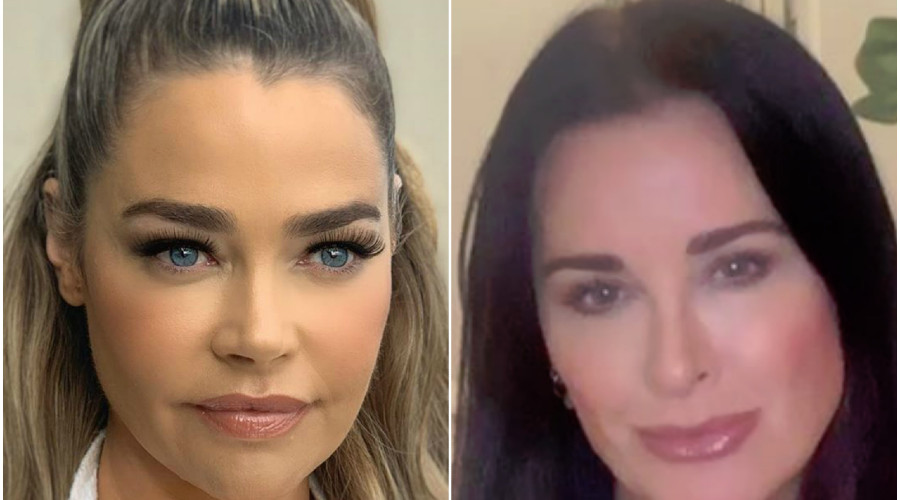 During the Season 10 premiere on April 15, Bravo confirmed the rumors about Denise refusing to film for part of the season. “In December, Denise quit filming with the group,” blared a black title card.

Kyle recently shared her frustrations with the situation.

The last remaining OG of RHOBH recently video-chatted with Entertainment Tonight. Kyle reveals that not only did Denise keep “walking off,” but she also didn’t participate in a lot of events. For example, she didn’t make the trip to NYC for Erika’s Broadway debut.

Kyle notes that everyone else showed up for filming, whether they wanted to or not. She says,

Kyle brings up former RHOBH stars who didn’t walk away when the show got tough. She mentions Camille Grammer, Taylor Amstrong and her own sister, Kim Richards. Kyle says the reason they all show is up because they signed up for it and are “documenting their lives.”

Denise also signed up for it, Kyle points out.

Kyle Admits that the Rumors About Denise Are ‘Salacious’

To an extent, Kyle does understand Denise’s reluctance to discuss the rumors about her alleged affair with Brandi Glanville on camera. Kyle even cops to thinking the rumors are scandalous. She says,

When you first hear something like that [about a] married woman, it’s salacious. But it’s also someone’s life and once something is out there, it’s out there.”

As fans know from the Season 10 premiere, Denise walked away from her co-stars any time the topic came up. In one clip, pulls her husband, Aaron Phypers, by the hand away from the group. Denise warns him that they are on camera and not to say a f**king word.

She and Aaron married in 2018, Reality Blurb reports. The wedding was featured on her first season of RHOBH.

For her part, Denise rails against rumors that she’s quit the show. She assures fans that she will attend the reunion, if one is held, TV Show Ace reports.

Tell us in the comments if you think Kyle is right to be upset with Denise.