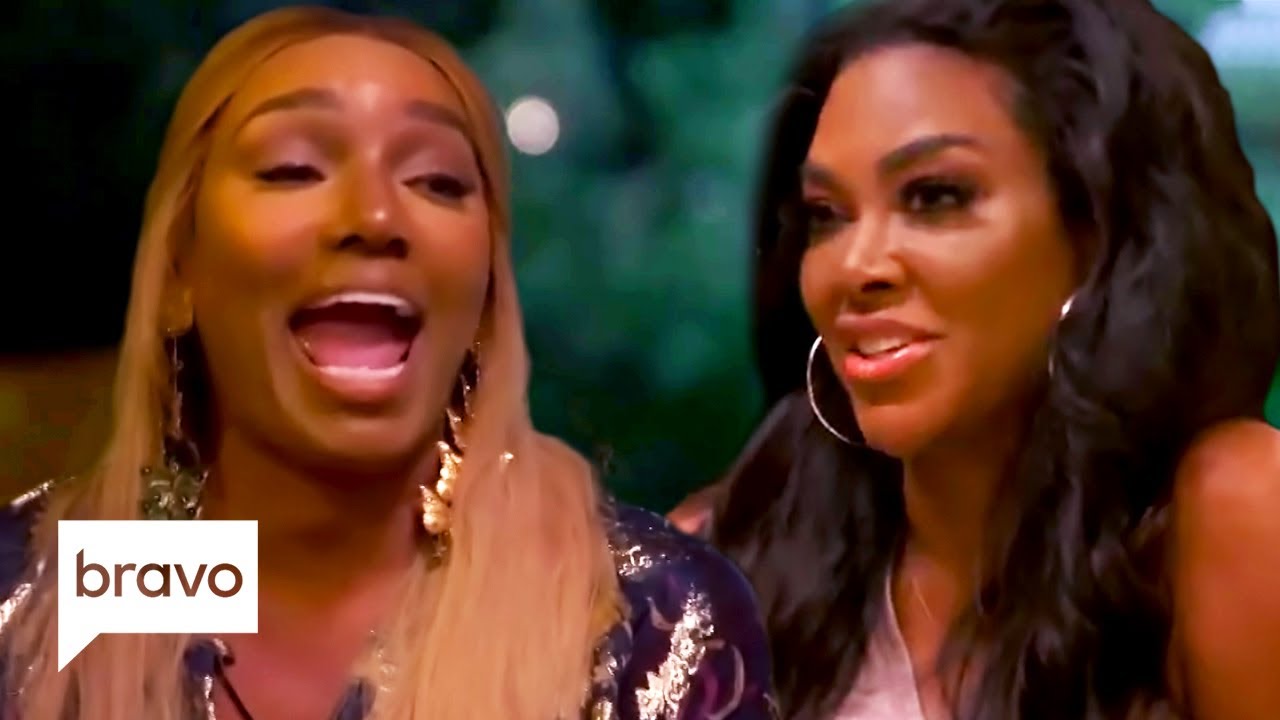 Real Housewives of Atlanta season finale ends in an uproar

Over the call, Nene speculates that Marc Daly and Kenya’s marriage was an agreement and that they just shook their hands in agreement because Kenya’s marriage certificate hasn’t been found yet. Nene then took it a step further by involving children. When watching Real Housewives of Atlanta you know that whenever a housewife goes after another housewife’s children, there’s no coming back from it.

Nene alleges that Kenya and Marc’s daughter Brooklyn might not be her baby. She also alleges that Marc’s sperm and another unknown woman’s egg were used to create Brooklyn, which is why the baby resembles Marc and doesn’t bear any resemblance to Kenya.

Real Housewives of Atlanta fans immediately took to slamming Nene for making these baseless allegations against Kenya. Several fans took to Twitter sharing their thoughts about her.

Kenya should sue nene She is reckless w/her mouth how does she know Kenya didn use her egg? Was she ther ? She says these things cus she know her fans will run With it. Trump does the same thing tweet out lies and his supporters run with it. Nene is a horrible person #RHOA

Another fan wrote, “Is Nene focusing on Kenya’s marriage to distract from her own marriage falling apart?? Kenya please read her a** for FILTH!!! Insinuating first she was carrying a buffalo and now the eggs weren’t even hers. Girl!!!! Kenya baby call up Greg’s mistress for the reunion #RHOA.”

“Nene’s gonna claim. She said something else again when she put it out there that Brooklyn isn’t Kenya’s baby. #RHOA,” another fan said. Kenya then accused NeNe of trying to spit on her in Greece, and she clapped back. “If I wanted to spit on you, you would know you have been spit on,” NeNe shouted.

The Real Housewives of Atlanta season finale was supposed to be a happy time with Kandi Burruss’ baby shower, but that did not happen. The finale ended with Kenya trying to pick a fight with NeNe. Kenya had accused NeNe of spitting on her in Greece. NeNe shouted that if she wanted to spit on her, she would have known that NeNe spit on her.

It’s still unclear when the reunion will air, but they did confirm that the cast will be holding a virtual one, due to the coronavirus pandemic.

Stay with TV Shows Ace for more on Real Housewives of Atlanta.