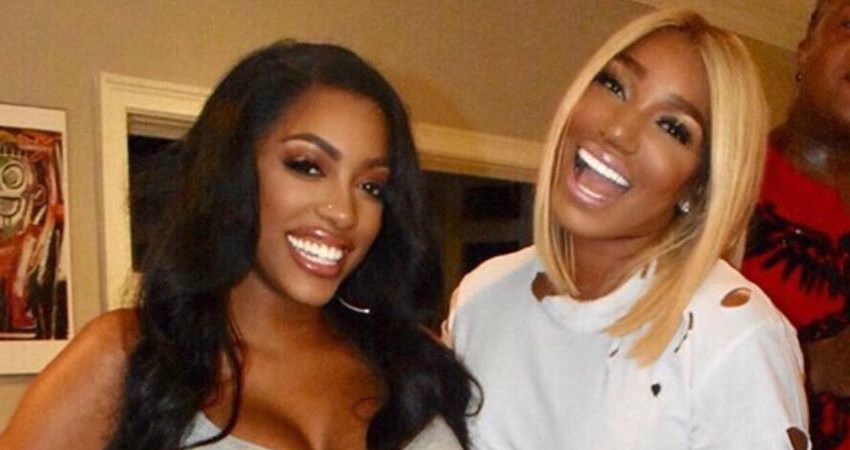 The Real Housewives of Atlanta fans know that NeNe Leakes isn’t shy about speaking her mind. She even left her mark on pop culture with one of her sayings. “I said what I said” is a frequent gif used during arguments on the internet.

In March, Porsha gave birth to her first child, Pilar. According to Porsha, her supposed friend NeNe was less than celebratory about Porsha’s physical appearance.

People reports that NeNe sent Porsha a series of text that Porsha felt were “fat-shaming” her. Porsha promptly posted the texts on her social media.

While the posts have since been deleted, NeNe reportedly called Porsha a “big piggy with the busted shape,” among other things.

During Sunday’s episode of The Real Housewives of Atlanta, NeNe addressed the situation. While NeNe admits the texts were real, she felt betrayed that Porsha aired them to the public.

“She took the text and put it on social media. It’s sorta like you shared some nude pictures with your husband, he gets mad at you and puts them on social media. Those pictures are for his eyes only. Me and her texting was a personal thing.”

NeNe Doubles Down on Comments: ‘You Were Fat Before You Got Pregnant’

When the topic came up in the one-on-one confessional, NeNe had no regret. She insisted that her comments had nothing to do with Porsha being pregnant. In fact, NeNe said Porsha has always been fat.

“[Porsha] went into all this fat-shaming and all this stuff. I’m like, no it wasn’t. You were fat before you got pregnant. I’m saying … “

Needless to say, NeNe and Porsha’s friendship took a hit. NeNe is also on the outs with co-star and former BFF Cynthia Bailey. The two vowed to be civil to each other while filming The Real Housewives of Atlanta.

Speaking of Cynthia, she is engaged to Mike Hill. Their wedding is scheduled for October 2020. Or so fans thought.

A social media post by The Shade Room caused a furor among the reality TV community. A series of photos shows Cynthia and her fiancé in wedding clothes.

The reason fans questioned if Cynthia had eloped is because the reality star vowed to air her wedding on RHOA. TV Shows Ace reports that Cynthia felt her fans stood by her through all these years and deserved to see her happy ending.

Rest assured, RHOA fans. Cynthia didn’t get married. People reports that the photos are for an upcoming spread in Sophisticated Weddings.

TSR STAFF: Tanya P.! @tanyaxpayne ________________________ #TSRExclusive: #Roommates, it seems #CynthiaBailey was spotted out filming with her fiancé #MikeHill in NYC today. Now, we all know the couple is engaged but their wedding is said to take place in October. However, looking at these pics SOMETHING’s going on! 👀👀 _______________________ There’s no word if the couple is officially married or maybe they’re just spotted filming some extra scenes for the Housewives of Atlanta, but either way the happiness on both of their faces looks REAL! Wishing them the best 👏🏽❤️ (📹: @lunknight, @ragarebel)

The Real Housewives of Atlanta airs Sundays on Bravo. Season 12 is almost halfway over.