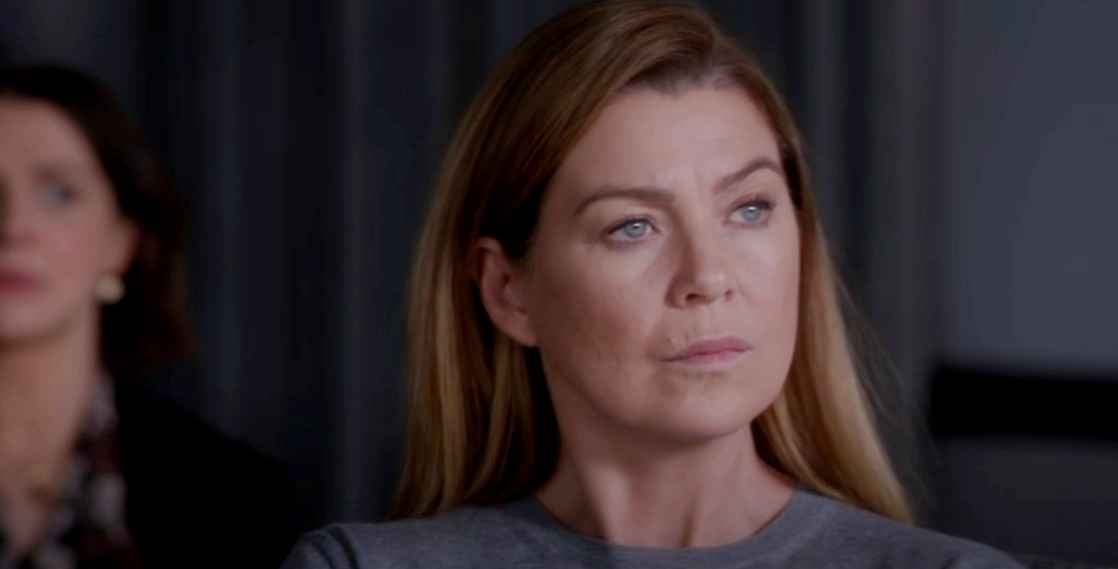 On Saturday, April 18, Ellen Pompeo, 50, takes to Twitter to tell fans and followers that staying home is the way to go. She stresses this is the way to stop the spread of COVID-19. Moreover, she wants to protect the nurses, doctors and anyone else that works in a hospital.

The Grey’s Anatomy star particularly criticizes three “old white guy TV docs.” She tells them they should head back to their Lazyboys and sit their “stupid as*es down” in their living rooms. Ellen says she is tired of “out of touch old fools,” and also asks them not to get her started today.

Also the old white guy tv docs who say stupid selfish shit should yes …walk that shit riht back .to your lazy boys and sit your stupid asses down in your living rooms on your golf courses where you live..tired out of touch old fools don’t get me started today

Ellen goes on to urge everyone to first think of the healthcare workers, first responders and nursing staff. Pompeo says these professionals are a much better place on which to place their focus.

Pompeo goes on to address the “out of touch TV docs” (while she jokes they would probably call her that). She reminds Dr. Phil, Dr. Oz and Dr. Pinksy they took an oath many years ago to “do no harm.” Basically, Ellen says they defy their oaths by making careless statements during the pandemic. Meanwhile, many healthcare workers are suffering, both physically and emotionally.

Also to those out of touch tv docs which I’m sure they would call me lol…you took an oath so so many years ago to do no harm… making careless statements in this environment when so many healthcare workers are suffering physically and emotionally….is defying that oath

The Grey’s Anatomy star goes on to share images of the three TV doctors.  She writes they have been too busy getting their faces made up in their dressing rooms. Ellen says they are more concerned about their ratings. Moreover, they have no idea what healthcare professionals and doctors are going through right now.

Dr. Oz, 59, sees criticism earlier in the week after making comments on Fox News. He suggests schools should be reopened during the pandemic. According to him, this would only affect two to three percent of students and teachers in terms of mortality. This statement obviously catches Ellen Pompeo’s eye.

I’ve realized my comments on risks around opening schools have confused and upset people, which was never my intention. I misspoke. pic.twitter.com/Kq1utwiCjR

The cardiologist takes back his remarks in a video message on Twitter on Thursday, April 16. Apparently, this is after he realizes he has confused and upset viewers. In fact, he says this wasn’t his intention and that he “misspoke.”

Ellen Pompeo of Grey’s Anatomy sees Dr. Phil, 60, in an interview on Ingraham Angle on Thursday. In the interview, he mentions 38,000 Americans have died from the virus. He compares these deaths with people dying from smoking, car accidents and swimming pool accidents.

According to a report by US Weekly, Dr. Phil, who has a doctorate in clinical psychology was citing hugely incorrect numbers. He does apologize the next day on Facebook Live, but still stresses widespread testing is needed. Dr. Phil says this is the only way to protect the high-risk portion of the US population.

Looking back to February, the Grey’s Anatomy star probably hears Dr. Drew making apologies. Drew, 61, apologizes after comparing COVID-19 to the yearly flu. Moreover, he has claimed in a video that people’s chances of dying from the virus are lower than “being hit by an asteroid.”

Dr. Drew shares a Periscope video on Twitter on April 4, where he apologizes, saying he was wrong. He went on to say he wishes he had gotten it right.

Obviously, Grey’s Anatomy star Ellen Pompeo is not a medical expert. However, do you agree with her criticism of the three TV doctors? Sound off in the comments section below.

‘The Blended Bunch’: Aimee Shemwell Was Pregnant When She Tragically Died
Honey Boo Boo Fires Back At Instagram Trolls: ‘Take A Seat’
What Name Has Lala Kent Chosen For Her Baby Girl?
‘Married at First Sight’: Paige Dishes on Sit-Down with Chris & Ex
‘When Calls The Heart’: Erin Krakow Reveals Details, Fears Around Daniel Lissing’s Departure