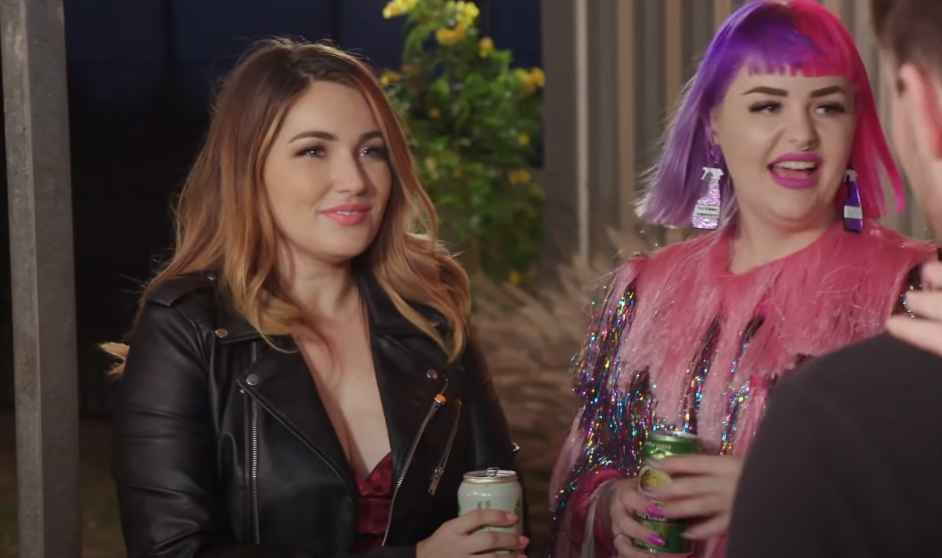 90 Day Fiancé: Before the 90 Days stars Stephanie, 29, and Erika, 24, have already had problems. This was after Stephanie saw the dating app on Erika’s phone. That problem was resolved after Erika showed screenshots, proving she was using the app for business only.

However, another problem now rears its head, after Stephanie gets suspicious of her partner’s good friend, Adam. Erika admitted that she and Adam made out twice, hence the tension!

People have released an exclusive sneak peek of Sunday’s episode of the TLC reality dating show. It seems the longer Stephanie is in Australia, the more uncomfortable she gets. This is when Stephanie starts meeting Erika’s friends at a party, some of which are also her exs.

In the video clip, Stephanie says she wanted to have fun at the party, but she cannot help thinking her girlfriend has hooked up with a number of the guests. Erika takes her to do the rounds at the party, introducing her to her friends, including her good pal, Adam.

Erika says in a 90 Day Fiancé confessional that Adam is one of her best friends. She hopes that Stephanie can get along with Adam, but admits she’s a little nervous. This is because Stephanie doesn’t like the fact Erika has kissed Adam in the past. In fact, Erika confessed that she and Adam had made out on two occasions.

Stephanie feels ‘out of place’ at the Australian party

As the party ensues, it is clear Stephanie feels uncomfortable and she admits she does feel “out of place” there. She stresses that she is trying her best to keep an open mind. Meanwhile, she feels uncomfortable because Erika and her friends have a different lifestyle to her. Stephanie said this was not her scene at all.

Suddenly, Stephanie spots Erika and Adam hugging. The 90 Day Fiancé star can’t help feeling a touch of jealousy and suspicion over their embrace. However, she admits in the confessional that Erika deeply cares about Adam as a friend. Erika had told her they had hooked up in the past and had occasionally spent the night together in the same bed.

Because of this, Stephanie considers this to be a “weird friendship.” Seeing him at the party and embracing Erika makes her feel very uncomfortable. Stephanie says that maybe now is the time to try and figure out the relationship between the two of them.

How did Stephanie and Erika meet?

Stephanie and Erika first met via social media, where they hit it off straight away. They have had a number of problems, though, especially with Erika keeping her sexuality secret from her family. She is also suffering with a rare bone marrow disorder, which makes life difficult.

These two facts have caused more than the usual problems while having a long-distance relationship. Of course, the fact that they are the TLC reality show’s first same-sex couple can’t be easy for them.

Keep watching 90 Day Fiancé: Before the 90 Days on TLC on Sundays at 8 pm ET.

‘Love Island USA’: What To Know About Casa Amor, Including Air Date
‘The Wine Show’ Preview With Matthew Rhys, James Purefoy, And Dominic West On Sundance Now
Would Michael Allio Accept An Offer To Be ‘The Bachelor’ Next Season?
Wait, Was Anna Duggar Just Spotted For First Time After Josh’s Arrest?
How Many Episodes Are In ‘When Calls The Heart’ Season 9?