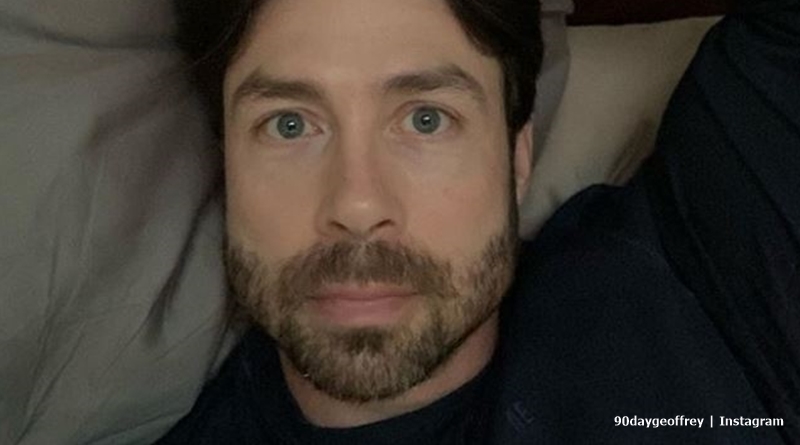 90 Day Fiance fans know that years ago, Geoffrey Paschel went to prison for dealing drugs. And, in a Live with Αnna-Marie Aronis on Friday night he looked totally wasted to viewers. Actually, many fans suggested he got drunk. Others wondered if he got high. Certainly, he got so slurry, that eventually his brother stepped in and continued the conversation. But most fans felt the Live sounded super-boring anyway, as it also talked about politics and Trump.

TV Shows Ace reported that recently, both baby Girl Lisa (Lisa Hamme) and Geoffrey got blocked by Big Ed. It came after he claimed the “best person” on the show status. Lisa said something to him about the cast being a team. She felt it wrong that he suggested that.  Geoffrey mentioned in her post about it that he also got blocked. When fans asked him why he replied saying that Big Ed thinks he’s “better” than everyone else in 90 Day Fiance.

Clearly, Big Ed gets less popularity from the cast of 90 DayFiance: Before the 90 Days, than with fans. When Αnna-Marie Aronis asked him in the Live who he preferred quarantine with, he freaked about Ed. Anna-Marie gave him the choice between Ed or Lisa Hamme. Firmly, he said that he loves Lisa. Definitely not Ed at all. But then he became rather incoherent. And, he started nodding off and slurring. Fans asked if he got high or drunk.

When asked if he preferred Hillary Clinton or Donald Trump, Geoffrey sounded disgusted. Especially when asked about which people he prefers in his bed. Finally, almost slumped over, he staggered off. His brother Ryan continued the Live. Actually, many fans thought  Geoffrey got tired and bored by the interview. After all, it went on for ages. One fan suggested she just leave him alone. He obviously needed his bed.

One 90 Day Fiance fan said, “Time to say goodnight to him, Anna.” Then, another person noted, “Geoffrey…drunk or a good actor.” A few other comments included, “LOL…pass out on that couch.” But, another follower noted, that he went on the Live for nearly “two hours.” and he drank the whole time. But still, some people just asked him if he took “too much heroin.” Maybe that question came as he got convicted for dealing drugs years ago. Things came to an end shortly after some rather drunken threats about Michelle Obama. 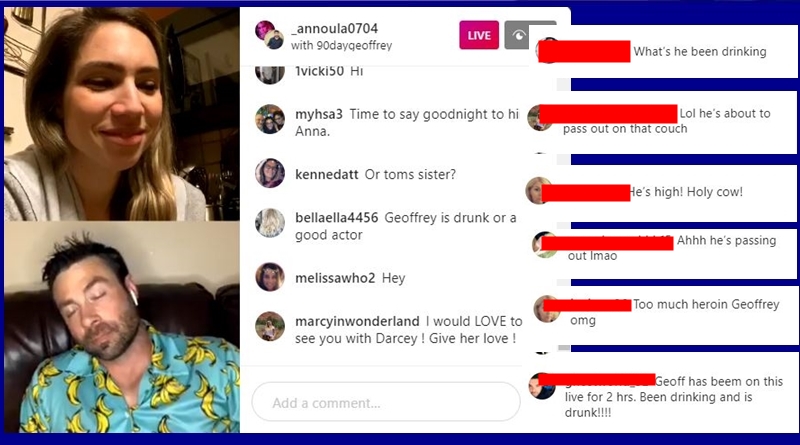 90 Day Fiance star Geoffrey seemed wasted on his Live and he could hardly talk. Do you agree it went on too long and an earlier conclusion seemed obvious? Sound off your thoughts in the comments below.