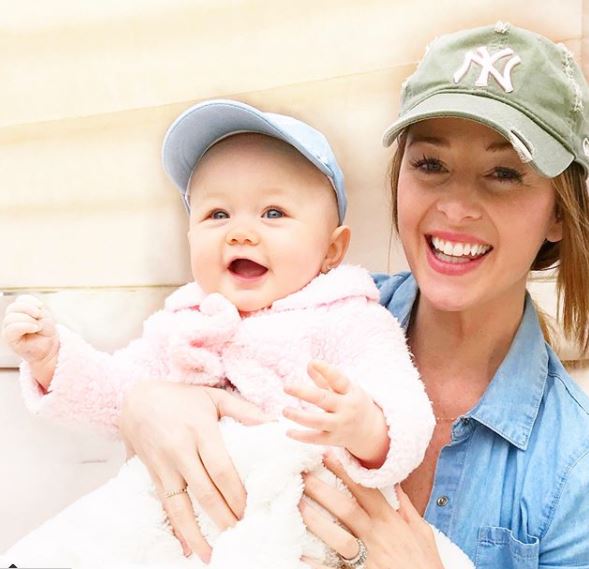 Hats off to the faithful gang of lasting Married at First Sight matches who have been willing to provide guidance and their honest commentary from Couples Couch through the rockiest ride ever through Season 10 of the arranged marriage experiment.  This week, the Married at First Sight pairs faced decision day. Well, actually, only three of the five pairs were still “engaged” in matrimony.  One had thankfully put itself out of misery and opted to divorce. The other quickly became two separate parties who stayed paired together only off-camera.

The  Couples Couch still found reasons to root for love and pray for therapy in the April 16 installment.  Hope springs eternal, even amid the “hot mess” that Married at First Sight became for most of the couples this season.  Beth Bice and Jamie Thompson from Season 9, Kristine Killingsworth and Keith Dewar from Season 8, Ashley Petta and Anthony D’Amico from Season 5, and Shawniece Jackson and Jephte Pierre from Season 6 all displayed wide eyes, big claps, scratching heads during the course of the night.

It didn’t take long for Jessica Studer and Austin Hurd to declare that they were in it to last forever.  Jessica and Austin both related their only true hurdle so far, regarding his travel requirements for work.

The experts all weighed in on the issue, relating how they travel extensively for work.  Still, travel is a strain on any new relationship, as Ashley pointed out.  Dr. Viviana Coles stressed that if they make a plan to stay in touch and speak their needs for contact, getting through the periods of travel successfully will happen.

Austin had Jephte scared when he started talking about the struggles, but when the groom said that he felt Jessica’s commitment, “every step of the way” and how it “lets me know I love you,” the cheers erupted from the Pierre’s to the Thompson’s and all of those on Couples Couch. Newsweek previewed the tender moment just ahead of decision day.

Jessica gave one of her precious cheers to her hubby for embracing the L-word. Anthony called her the best nerd ever.  Beth scolded Dr. Pepper Schwartz for bringing up serious issues, saying “just let them have their moment.”  Ashley didn’t like the pressure of saying the word, but in the end, Austin chose the most meaningful moment to say it straight from the heart.  He said it twice, and assured Dr. Pepper that he would say it a lot.  Jessica chimed in that those three words can never be said too much.

The Brandon and Taylor show continues for ‘Couples Couch’

Taylor Dunklin dressed up and showed up alone for decision day.  She told the experts that she would be “disappointed” if Brandon didn’t show up, but that “you never know what you’re going to get” from her groom.  She still had time to shed profuse, and some would say pretend, tears of despair. You can’t claim to be putting your all into a marriage while you’re posting “minimal basic” requirements for a man on social media, as Ashley and Anthony noted.  Shawniece felt for her tears.

Lo and behold, in walks Brandon Reid, as always, making an entrance.  As soon as Pastor Cal Roberson began to lay down the law over Brandon’s allegations that “production” made him late for work twice, Reid immediately had to make a bathroom run.

“Do you have incontinence?” Roberson asked. “Can you hold it?”  “I gotta go to the bathroom, too!” quipped the plain-talking pastor.  Reid indisputably proved the point that he was the one guilty of fouling up production.  When Taylor announced that she wanted a divorce, “I’m over it,” was Brandon’s response.

“He needs to stop being mad all the time,” Jamie Thompson insisted.  Taylor got a warm sendoff from the experts, and word is out that she and Brandon may appear in  Couples Cam, the self-shot Married at First Sight spinoff.  There’s no reason for boo-hoo’s for either of these partners.  Their intentions are crystal clear and have nothing to do with devotion.  Couples Couch was ready for some good news but on the edge of their cushions over the next couple.

Katie goes for her ‘good guy’ after all

The best odds that Couples Couch or anyone else watching this season of Married at First Sight gave Katie Conrad and Derek Sherman for marital success was 50-50. As expected, the dreamer groom professed his hopes for the future and that there was “so much I love” about their relationship, even if he doesn’t love his wife yet.

No one on Couples Couch was surprised that Katie started him on the downside, describing how the “emotional connection” was not there between her and her groom, and that her “heart just wasn’t in it’ the way she wished it was.  More than one of the long-term wives were shaking their heads when Katie repeated that there was a strong “friendship” between the pair that started so passionately in Panama.

Somehow, she wound her way to come to the decision that she wanted to stay married to Derek, bringing a big smile across her groom’s face and those assembled on Couples Couch.  Jamie and Anthony weren’t the only ones surprised to learn the news that the couple has already signed a long-term lease on their own place.  Kristine used the occasion to plant kisses all over Keith’s face.

Fans on social media scoff that Katie’s decision is only to spurn her ex-love, as TV Shows Ace reported, but perhaps she truly pondered the words from both her parents, warning her that her pursuit of “better” and “perfect” only leads to solitude and frustration.

Derek proved he had been practicing on the manly, surprise moves that please his wife.  Shortly after the champagne toast, he hoisted her off to start their future, to the applause of the experts.

Michael is not forever material

Even from their start on Married at First Sight, Meka and Michael looked as comfortable as cruise ship captives taken for a hostage video.  They never sat close together, except for the time that Meka did extend a hug after Michael elaborated on this childhood trauma.  Jephte and Shawniece commented on how they never saw the couple kiss, much less cuddle.  This pair could never create a cozy Couples Couch.

Truth became a pivotal issue, since Meka’s allegation that Michael demanded intimacy on their honeymoon stemmed from an off-camera conversation on the plane to Panama.  Michael denied any such demands, while Meka stood firm.  Viewers, of course, can never verify these facts, but the dispute led to the couple sleeping in separate rooms and barely being within feet of each other for their entire honeymoon.

Meka detailed the issues with her husband’s dishonesty on decision day.  She related that the man presented to the experts and to her was not the man that Michael is.

Ashley and Anthony pondered whether Michael even earned a single paycheck during the time of the marriage, and quibbled over Anthony not getting his wife the glass of wine that she wanted.  Michael covered his face and remained silent through Meka’s description of their marriage.   In his defense, he said that many of his “habits” as a single man “did not work in a marriage.”

Kristine credited the couple for “always trying” through every issue, and not throwing in the towel.  No one was surprised that Meka wanted a divorce.  “I don’t believe in divorce,” Michael responded to the experts.  Couples Couch listened while

Dr. Coles encouraged Michael to develop “a new skills set” for relationships, and hopefully, Michael will come to peace with being himself and not ducking truth and pretending.

The ‘Couples Couch ’ is glad to see Mindy speak her truth

Anthony didn’t put on his “Zach abs” for this session with Mindy and Zach.  In fact, he critiqued that Zach had lost it where it hurts—in his hair, as Anthony tossed his head to and fro.

Mindy looked lovely in pink and clearly had come to a better perspective than through her entire marriage ordeal.  Beth gave a Couples Couch “Bravo!” to the ex-bride.  As soon as Zach came out, Pastor Cal gave an inquisition, probing as to whether television and instant fame were the true motives for the personal trainer.  “Absolutely not,” Zach maintained.

The kicker in this ending conversation was Zach’s confession that “I have so much to offer men and women,” as he actually said.  He also had the audacity to bring up that he had no way to deal with building a relationship without “attractiveness.” Yes, he did it again!  Couples Couch faces were stupefied, while Pastor Cal removed his glasses in characteristic disbelief.

“You might be good for them, but you weren’t good to me,” Mandy fired.  It was the line of the night, receiving rave cheers.

Judging from the previews Married at First Sight has decided to go for “crazy” again in Season 11.  For fans who believe in success much more than show, let’s hope that the experts will look into motives even more than compatibility.