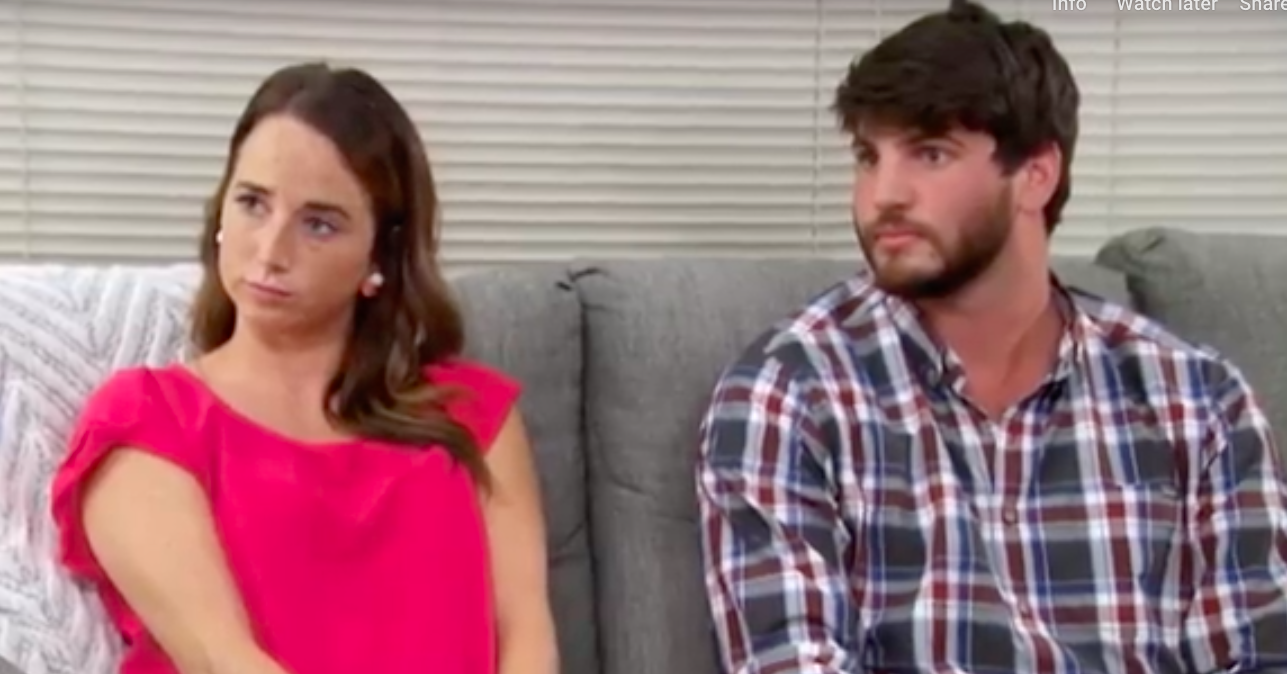 A lover’s quarrel here and there is nothing to worry, but it seems this ‘Married At First Sight’ couple has been having a lot of issues lately. According to Meaww, all of this fighting has got fans thinking Katie is just using Derek to make her ex jealous!

Recently the pair went on a couple’s retreat vacation to an unknown location. Other couples from the show were on the retreat as well. The purpose was to have the pairs explore each other more and resolve any issues before they make their final call about marriage.

Katie and Derek started off well until dinner when he joked with castmate Taylor Dunklin. Katie got angry and jealous and walked out. This then led to a bitter argument. Derek eventually moved on, but Katie let it stab her in the heart.

The next morning Derek wanted to make promises for the future, saying he would focus on never giving up on making the marriage work and make sure that they were a team. Katie was only able to say, “Can’t promise that. I promise to make sure we are happy — whether it’s together or apart.”

Shall we begin the best night of the week? I think so. 😉 #MarriedAtFirstSight is on RIGHT NOW! #LifetimeAndLounge #HereForYou

Katie poured out all of her wants, needs, and dreams that she wants Derek to fulfill to her father Dante. It quickly became apparent that she had doubts about their future as she told her father that Derek was a baby-faced boy. Dante responded with just one question. He asked if she was always this “amped up”? He went on to say if the answer is yes, it would scare Derek away and he then assured her that some people take more time to mature than others.

Dante seems to be on Derek’s side and believes that the pair have something great. His main concern is Katie pushing Derek so much that he runs away.

Meanwhile, fans think Katie is still stuck on her ex, which is making her confused on the marriage. While other fans believe she has been egging on Derek just so she can blame him when she bails on the marriage.

One fan wrote, “Katie has nothing nice to say about Derek to her father and stepmother. She just said she needs to get her ring resized IF she’s going to keep it. Katie wants that ex back. Run, Derek, run. Derek is far too good for that self-centered immature spoiled brat.”

Another said, “Katie is still hung up on her ex. She’s looking for any way to sabotage her marriage and make it look like it’s his fault.”

Lastly, another fan shared, “I wish Katie woulda never lead Derek on like this. She knew from before the wedding she wanted her ex. I don’t know if she went through with the experience to make her ex jealous or what. But she’s trash! Huge garbage bell for you sus.”

Tell us what you think of Katie and Derek’s relationship in the comments below, and be sure to catch all the new episodes of Married At First Sight on Lifetime every Wednesday!