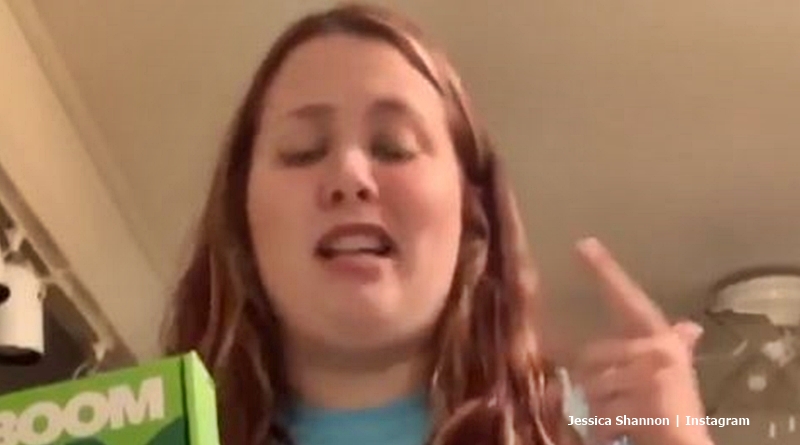 Mama June: From Not To Hot recently started airing a new season. And, fans know that Mama June’s daughter Jessica features in it. Jessica, like her mom, struggled with weight problems, and ahead of the premiere, fans heard she and her sister Anna went for plastic surgery. Jessica weighed in 45 pounds lighter after her surgery. Now she credits her weight loss to BoomBod on Instagram.

Mama June: From Not To Hot – Jessica features in the new season

Fans of the WEtv show speculated that Jessica and her sister Anna might show up in the new season, Family Crisis. TV Shows Ace repeated that fans saw Jessica complaining to her sisters, Alana and Pumpkin, that her mom pawned her car and it got repossessed. Mama June helped pay for it, apparently. Anyway, old fans of the series seemed pleased that Jessica appeared back on their screens, albeit, angry with her mom.

Back with the show, Jessica seems a bit more active on her social media these days. Like her sisters and her mom, she often promos the BoomBod products. Actually, Pumpkin gets flack for it as Mama June: From Not To Hot, fans say she lost no obvious weight and sells a product that doesn’t work. But when Jessica shared a promo on April 14, they raved about how good she looks these days. Perhaps they forgot Jessica just spent a fortune on plastic surgery.

Daily Mail UK revealed that Jessica and Anna underwent expensive surgery. Their article dated March 17 says that Jessica spent over $80k on herself as she also got a “balloon” implanted in her tummy. That helps people regulate their appetites. Plus, she “received liposuction on her back, flanks and bra area.” Further in the article, they noted that the “350 liposuction procedure” also included a tummy tuck. Loads of removed fatty stuff featured in a photo showing how much that comprised.

Jessica started off at 230 lbs. before the procedure and a short time later weighed in at 185 lbs. That’s a difference of 45 lbs. Now on her Instagram, Jessica wrote, “A little consistency + my @boombod shots, and I am definitely feeling it!” Then she added, “2020 [got] off to a rocky start.” Then, she talked about a push in the “right direction.” So, she explained that’s why BoomBod’s great for her.

Fans of Mama June: From Not To Hot react to BoomBod weight loss

Impressed fans of Jessica reacted to the two comparison photos she shared. One showed her now, holding her BoomPod product. The other one showed her pre-surgery. One fan said, “Awesome job girl!” Then, another fan commented, “Omg congrats ❤️.” One wrote, “Omg YES Jessica!!!!!!!!!! U look amazing.” Many other fans used the words, “beautiful,” fantastic,” and “great,” to describe Jessica’s weight loss. But maybe they never heard that the Mama June: From Not To Hot star just paid over $80k for plastic surgery.

#ad A little consistency + my @boombod shots, and I am definitely feeling it! 2020 might have gotten off to a rocky start, and sometimes a push in the right direction is needed – that’s what this program is for me💪 Anyone who has goals they want to get on top of, try out my fav program while it's buy one get one free right now ❤️

What do you think about Jessica crediting her weight loss to BoomBod? Did you know she underwent expensive surgery? Sound off your thoughts in the comments below.