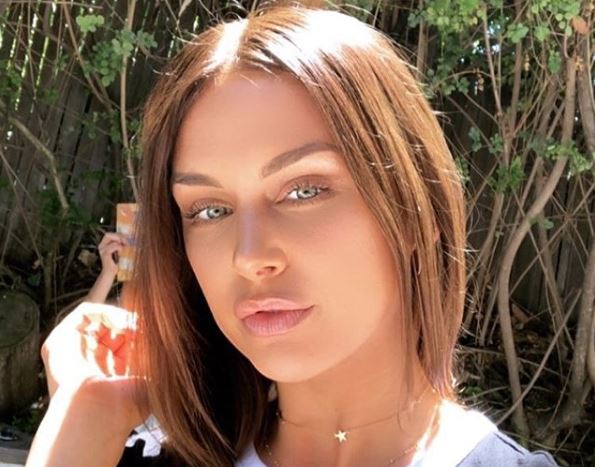 Vanderpump Rules star Lala Kent has big plans for April 18. Unfortunately, it’s not her wedding, as she originally planned. As TV Shows Ace reported, Lala hopes it rains that day. But even if it does, she has a new plan on how to celebrate her would-be wedding day with Randall Emmett.

VPR Stars to Get Tattoos to Mark Original Wedding Day

In an interview with People TV this week, Lala and Randall dish on their plans for April 18. Instead of walking down the aisle, they’ll be getting tattoos.

The couple reveals that the day holds emotional significance for them because they’ve been looking forward to the day for a year. However, Randall says that their new wedding date in July will also be emotionally significant for them.

What kind of tattoos will they get? Lala said, “names, maybe.” It seems a tattoo artist will be coming to their home, where they are self-isolating.

Despite getting matching tattoos of the date, the tattoos won’t be in matching places on their bodies. Lala joked that Randall’s “a hider,” while she’s a shower.

He went on to tease her about not having any tattoos when they met. Now she has several and is about to add another.

In a Reversal, Lala Says TV Wedding is a Possibility

TV Shows Ace reported back in November that Lala’s wedding would not be filmed for VPR. At the time, she said she didn’t want her wedding to be judged or criticized. However, when she said that, the wedding was set for April, when VPR was not filming anyway.

People asked Lala if she’s since changed her mind. She said she didn’t know if she had a choice. She went on to say that she believes she’s “contractually obligated” to allow VPR camera crews at her wedding.

That’s assuming Bravo will begin production on VPR by July. As fans know, the network stopped production on the new seasons of RHOC. The RHOA reunion will be filmed remotely sometime soon.

For his part, Randall has a “feeling” that a TV wedding will happen.

Which Co-Stars Will be in Wedding Party

There was a time when Randall’s name wasn’t so much as mentioned on VPR. However, he came around and is now a cast member, along with Stassi Schroeder’s fiancé, Beau Clark.

Randall admits that he stayed out of the limelight for about a year. Then he slowly began hanging out with Lala’s co-stars/friends. Now he says they are some of his closest friends.

The film producer reveals that Jax Taylor, Tom Schwartz and Beau will be groomsmen at the July wedding.

Lala also didn’t have the easiest time when she first joined VPR. In fact, Stassi, Katie Schwartz and Kristen Doute shunned Lala because of her relationship with Randall, who was married at the time.

However, in recent years, the four women have become close friends. In fact, they tag along with Lala on vacations.

This was a much needed vacation for me. Sometimes I notice myself getting caught up. I start caring about what people say about me, I get sensitive, can’t shake things off, and lose myself- Forgetting that my life is so precious and full of love. I have a fiancé who I adore, 2 little girls that rock my world, a family who is my foundation and core of who I am, a dad who continues to shed blessings on me from above, and friends (we are aware we didn’t always see eye to eye) that have been my support through the most monumental moments of my life. This is all too good ♥️

Stassi, Katie and Brittany Cartwright will all be in Lala’s bridal party, she says.

VPR Season 8 Reunion Up in the Air

However, the reunion episodes were supposed to be taped earlier this month. The show is considering filming remotely. But as Jax points out, storming off set would be too easy on a video conference.

Tell us in the comments if you hope Lala’s wedding films for Season 9.