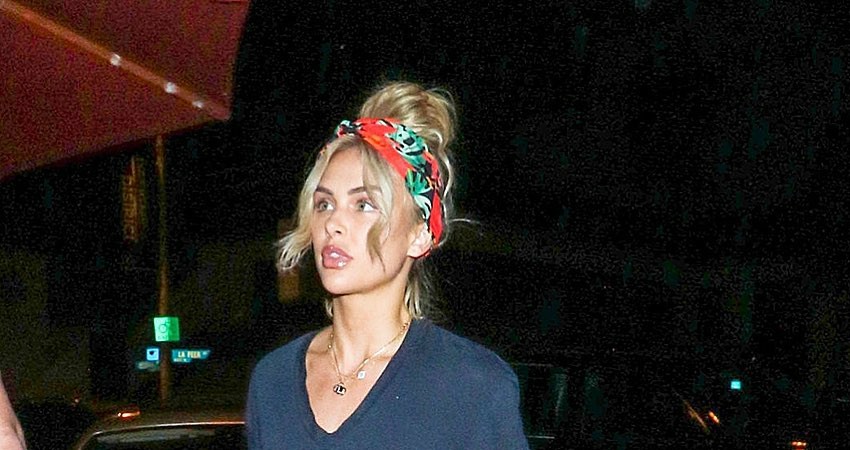 Vanderpump Rules star Lala Kent has a lot to look forward to in 2020. Her boyfriend of three years, Hollywood producer Randall Emmett proposed to the reality star in September of 2018. Lala chose to take her time in planning her wedding and set a date for summer of 2020.

She has already revealed a few key details of the wedding while also trying to keep some of the plans private. We know the wedding will take place in Miami, Florida.

While the VPR star originally shared a photo on her Instagram of the engagement news, it has since been deleted. Citing privacy, Lala the wedding will NOT be filmed for Vanderpump Rules.

“It will not be filmed. There’s just some things where I don’t want it to be out there for criticism or judgment,”

Which Vanderpump Rules Co-Stars Made the Wedding Party?

Vanderpump Rules viewers have seen quite a few cast members’ weddings within the last few years. Katie Maloney wed Tom Schwartz in a ceremony presided over by the one and only Lisa Vanderpump. Jax Taylor and Brittany Cartwright’s summer 2018 wedding prep will feature heavily in the upcoming season. Lala served as a bridesmaid in the Jax/Brittany wedding.

Stassi Schroeder’s beau, Beau, is not only joining the join in Season 8, he recently proposed to Stassi. With many of the original cast members engaged or married, Vanderpump Rules is bringing in new blood this season.

However, none of the newbies will be part of Lala’s wedding party. Hollywood Life reports that Stassi, Katie and Brittney have all been recruited to walk down the aisle at Lala’s wedding as bridesmaids.

The role of Maid of Honor is for her best friend from before Lala achieved fame on Vanderpump Rules.

Did Lala Find the Perfect Wedding Dress in Paris?

Last month, Lala posted a photo to her Instagram of her plane ride to Paris. The caption indicated that she was flying to the European country in seek of a wedding dress.

Time to find a wedding dress.

She didn’t update her fans about how her wedding dress shopping went. Lala did recently confirm that she has a dress for the wedding, maybe.

“I have the dress, sort of. I tell everyone this, I’m the worst bride to be in the world. I’m thinking, ‘oh s–t we have 5 months left.’ We’ll pull it off and it’s going to be awesome.”

Vanderpump Rules fans have been waiting for what seems like forever for any news about the upcoming 8th season of the hit Bravo show. Well, wait no longer! The trailer previews the friendship rifts that have been the source of rumors for months.

Jax unfollowed most of the cast a few months ago, including best friend Tom Sandoval. In the trailer, the longtime friends appear to engage in a heated argument. At one point, Tom asks Jax if he knows him at all.

There is discord also between Kristen Doute and the other ladies of the cast. In the past, Kristen’s friendship with Stassi and Katie was particularly tense at times. That seemingly boils over this season. In fact, Stassi has said she had to take a break from the friendship for her own mental health.

Is there hope for a repair in the friendships of the cast? How will the drama the newbies cook up compare to the original cast?

Check out the Vanderpump Rules Season 8 premiere on January 7, 2020 only on Bravo.