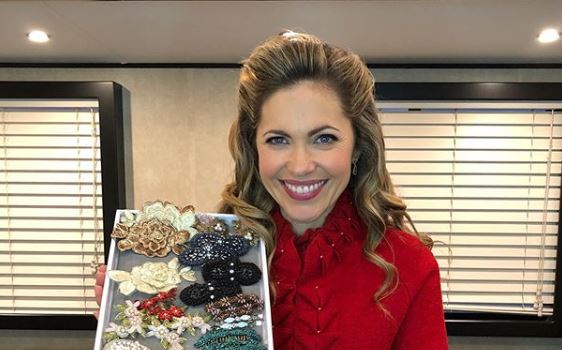 When Calls the Heart Season 7 is going strong. After last week’s episode, fans are wondering if Lee will survive. That also has viewers curious if the show will return for Season 8 or not. So far, Lee’s fate plus if the show will be renewed haven’t been shared yet. This show does have a large fan base, so hopefully, that means that it is around to stay.

When Calls the Heart Season 8 news

My Devotional Thoughts got the chance to talk to Pascale Hutton who plays Rosemary on the hit show. So far there is no confirmation about Season 8, but Pascale is hopeful. She even shared what she would like to see from Rosemary’s story if this happens. Here is what she had to say.

“I would really love…you know, I think we’ve seen in season seven, you see Lee and Rosemary try to move on and find value in their life without children, which is what it is at this particular moment. I would like for there to be at some point in season eight for the two of them to find more resolution on that topic. Whether that’s moving ahead and adopting a child or whether a miracle happens and they are able to conceive.”

I’m well aware that this is generally an all-over terrible pic of the female cast BUT it does highlight the beautiful and specific color palette our costume designer has created, tailored to each of our characters’ personalities. Well done @barbaragregusova

Rosemary did find her true love with Lee, but having children just doesn’t seem to be in the cards for this couple. They really wanted it to happen, but it has been a struggle.

Does this mean Lee will survive?

This interview with Pascale Hutton from When Calls the Heart was done before Lee’s accident last week when he was injured. The last viewers saw he was unconscious. This really doesn’t mean that he will survive, but the fans are hopeful that Lee will stick around. They would also love to see Rosemary and Lee get their happy ending whenever When Calls the Heart actually comes to an end. The loss of Daniel Lissing’s character really upset fans. If Lee doesn’t make it that could lose a few more viewers.

The preview for next week’s new episode doesn’t show an update on Lee, but simply that there is no news yet. It will really upset fans if they have to wait a few weeks to find out if he will survive or not. Lee is a fan favorite.

Don’t miss new episodes of When Calls the Heart on Sundays on Hallmark Channel. There are a few episodes left before fans have to worry about if the show will be back for Season 8 or not. Hopefully, Hallmark Channel will give fans an update.