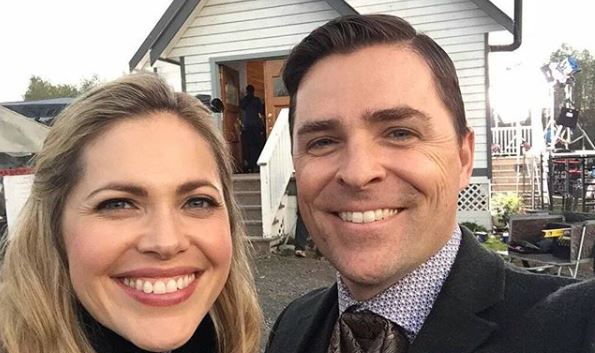 When Calls the Heart fans were shocked tonight about the fact that it looks like Lee could be leaving the show. This show almost fell apart when they lost Daniel Lissing and then Lori Loughlin. Now fans want to know if Lee is dead. He was out in the woods with Jesse and everyone was looking for him. Luckily, he was found still alive, but unconscious.

Could Lee be dead on When Calls the Heart?

A tree fell down and was blocking the road to Hope Valley. They found Jesse and he was doing just fine, but Lee was nowhere to be seen. Jesse looked concerned when he had to answer his wife Rosemary. Lee was on the ground and being looked after at the time. They rushed him to town to get him help.

Lee did still have a heartbeat, which was great news. It is obvious that he is in danger and everyone is worried. If they lose Lee, that will be another huge loss for this town. Hope Valley has been through a lot through the years that When Calls the Heart has been on.

Lee did fall down and hit his head, which hopefully he will survive. It could cause other damage to him, but viewers are just going to have to wait and see how it all goes down. Luckily, it is not the end of the season just yet.

Rosemary is actually worried about Jesse and wanted him to be comforted. He feels really bad about Lee’s injury, but of course, it wasn’t his fault.

As of right now, the show must go on. They have been able to make it without other characters. If Lee does pass away, then that would be a loss, but they could make it without him.  The preview next week doesn’t show how Lee is, but hopefully, that comes out soon. It didn’t even mention him in the preview.

There is another new episode of When Calls the Heart next week on Hallmark Channel. That should give fans the update about how Lee is doing even though the preview didn’t mention it. Regardless they should at least show him or talk about him. Hopefully, Lee is just fine and Kavan Smith is staying on the show.

Don’t miss new episodes of When Calls the Heart on Hallmark Channel. When Hope Calls airs new episodes right after it every Sunday night.