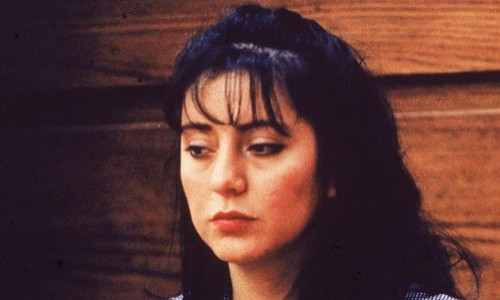 Lorena Bobbitt. If you’re a man, the name alone sends shivers down your nether regions. If you’re a woman, you secretly understand why Lorena did what she did.

Once the topic for tabloid fodder and Saturday Night Live, Lorena Bobbitt is ready to tell you what REALLY happened that night.

Who is Lorena Bobbitt?

If you were born after 1995, her name may not ring a bell. By that time, the media had moved on to the Tonya Harding scandal and the OJ Simpson trial. However, in 1993, many people were glued to the newly formed Court TV network to watch Lorena’s trial.

She was on trial for cutting her husband, John Bobbitt’s, p*nis off while he was sleeping. She then tossed it out the car window into a field. When the police eventually found it, they put it on ice in a hot dog box from a nearby convenience store. The jokes practically write themselves, right?

At the time, her name was a punchline. No one really gave much thought to her side of the story.

She’s since changed her name to Lorena Gallo, Cheat Sheet reports. And she’s ready for you to hear her side, with the help of the Lifetime network.

Outcome of the Trial

Lorena was arrested and charged with malicious wrongdoing. She maintains that John raped her earlier that night, as he had many times before. Lorena claims years of mental and physical abuse, which witnesses testified to at her trial.

Ultimately, she was acquitted of the charges with a temporary insanity defense. John was acquitted of marital rape. However, he has two other domestic violence arrests on his record from other incidents with other women.

The former couple divorced in 1995. John went on to a short-lived career in the adult film industry. Lorena started a foundation, Lorena’s Red Wagon, that helps victims of domestic violence, The New York Times reports.

Lifetime’s I Was Lorena Bobbitt Tells Her Side

In the 27 years since this happened very little focus has been on Lorena’s side of the story. In the wake of the #MeToo movement, the tide is finally starting to turn. There is the recent documentary, Lorena, that showed at the Sundance Film Festival. It’s available on Amazon Prime.

Lifetime is partnering with Lorena for a movie that tells her story, “and hers alone, for the first time.” Newcomer actress Dani Montalvo stars in the lead role of Lorena. Tiny Pretty Things actor Luke Humphrey takes on the role of John.

Lorena serves as a producer on I Was Lorena Bobbitt. She also narrates the Lifetime movie. Because of this, it will feel a bit more real.

According to the press release, the movie shows her transition from an immigrant bride (Lorena is from Ecuador) to a battered spouse.

The hope of the movie is to give a new perspective from Lorena’s side of the story. The film will feature PSAs on domestic violence from Lorena herself and you don’t want to miss her side.

I Was Lorena Bobbitt premieres on Memorial Day, May 25, 2020, on Lifetime. The network has a series of upcoming biopics in the works, TV Shows Ace reports. Because of this, viewers are going to want to keep checking to see what they want to record.