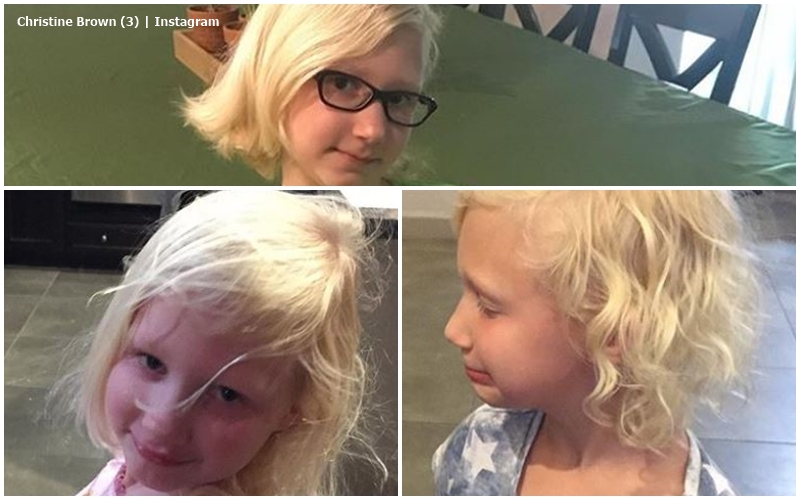 Sister Wives fans enjoyed the smiley little kid, Truely for years. But, as she grows a bit older, she’s brimful of personality and fast became a fan-favorite this season. Now 10 years old, she accepted the adjustment to life with social-distancing and seemed happy with a scaled-back birthday. She celebrated her birthday with a drive-through takeout in the parking lot.

Truely, born on April 13, 2010, just turned ten. She’s the daughter of Kody Brown and Christine. In the season that just ended on TLC, fans saw her tell Kody off when he wanted her to ride a bike. Frustrated when he persisted, she finally told him to leave her alone. After all, it’s her body and she’ll do what she wants with it. TV Shows Ace reported that she described her mom as “loco in the coco,” for refusing to move into the big house, and she might also apply that to Kody and the bike-riding disaster. Fans loved that she respects herself enough to say no at an early age. Plus, Christine homeschools her at the moment and shares some amusing thoughts about that on social media.

Fans of Sister Wives also know that Truely once nearly died in the hospital from kidney failure. Fans saw that episode back in 2014, Reality TV wrote. And, they took the bright little girl to their hearts. Her Instagram page, run by her sister Ysabel, garnered nearly 18k followers. But, it’s not all that active at the moment. So, when Christine shared about her birthday this week, many of them wished her a wonderful day on her mom’s Instagram. She turned ten-years-old and celebrated with Kody and her mom, Christine.

Birthday takeout for Truely with Kody and Christine

Truely Brown’s birthday didn’t sound very exciting as they celebrated during social-distancing. But, judging by her big smile, she enjoyed herself, anyway. Christine shared a photo of herself with Kody and her daughter outside an IN-N-OUT.  She told her fans they went via the drive-through and then sat in the parking lot and ate their meal. Christine told her followers that takeout’s “her favorite restaurant!!” She also shared a lot of photos of her daughter through the years.

Nearly a thousand people replied to the post in a matter of hours. Hundreds of people wished the little Sister Wives star a happy birthday. One fan said, Happy birthday 🎉 I still giggle at her learning to ride a bike 😂 it’s my body and I don’t want to ride a bike haha that’s a strong little girl!!” Then, another one recalled Truely in the hospital. They wrote, “I remember when she [got] sick, and we all prayed for her recovery. HAPPY BIRTHDAY KIDDO💖💖💖💖💖💖💖💖💖💖.”

Happy Birthday @truelygracebrown you are a cool cat! I’m super super blessed to have this wonderful spark of sunshine and brilliance in my life! She’s 10 today and we’ve been blessed by her every day!! For her birthday we drove for an hour and a half to the nearest on&out. Went through the driveway and ate in the parking lot then drove home. It’s her favorite restaurant!! #happybirthday #socialdistancing #blessedmom #blessed #momlife

Nobody knows if a new season of the show returns, but if it does, no doubt Truely, now a fan-favorite, will help to draw the viewers back.