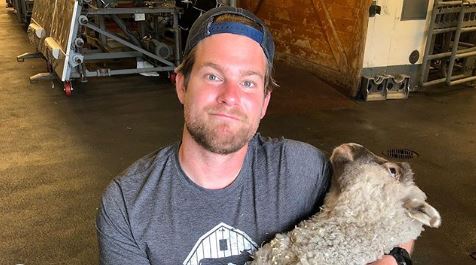 Saved By the Barn just premiered last weekend on Animal Planet. Everyone got to meet Ginger the lamb, who has a few health problems. When they showed up to pick her up, they found out that she was also blind. So how is Ginger doing now? Luckily, Barn Sanctuary is updating on their site. You can also see her on Saved by the Barn each week.

How is Ginger on Saved by the Barn doing?

Ginger is still living at Barn Sanctuary and is doing well. The site explains how they were able to get her.

“In May of 2019, Barn Sanctuary was contacted about a young lamb in Iowa who was born blind and with front leg deformities. Her family had done everything they could to take care of her but did not have the resources for the extensive medical care she needed, so Dan and Kelly drove to Iowa to evaluate Ginger’s condition. After talking to Ginger’s human family and understanding her needs, Dan and Kelly thought Ginger would be a great fit at Barn Sanctuary and believed they could provide her with the medical care she so desperately needed.”

Luckily for everyone, it worked out and Ginger is now part of the show Saved by the Barn. The same day they picked up Ginger they took her to OSU for surgery. They were able to fix her worst leg, which is great news. She has been at Barn Sanctuary ever since then. It looks like Ginger has found her forever home and is happy there.

What is this hit show?

Saved By the Barn is all about Dan McKernan and how he left his six-figure job to focus on running an animal sanctuary. He went to his dad’s farm and is working with his dad and brother now. They are now living in Michigan. Dan is making a lot less money, but he is happier, which is all that matters. In his old job, he spent too much time sitting down without interaction with people and animals.

Every week they are showing how they are working on the farm and also how the animals are doing. Saved by the Barn is a fun show to watch during this time of being stuck at home.

Don’t miss new episodes of Saved by the Barn on Saturday nights on Animal Planet. The Zoo also airs new episodes at the same time.