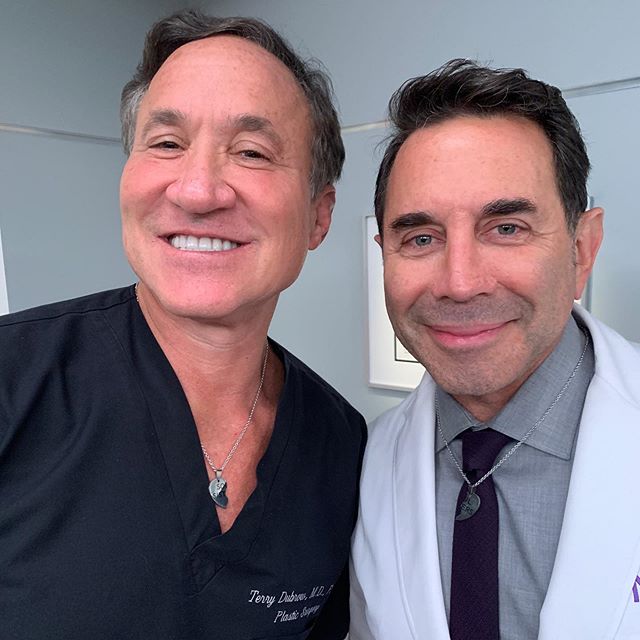 On E!’s Daily Pop, Botched Doctors Terry Dubrow and Paul Nassif give insider details of this season’s cases. This interview comes ahead of the season premiere Monday.

What To Expect on This Season of Botched

Dr. Dubrow tells Daily Pop host, Justin Sylvester, that, “We decided this season to take on those patients that normally we would pass on, that weren’t considered fixable.” Furthermore, Dr. Dubrow says, “But because we’ve been doing this for so long, we have sort of special operations and special skills for these incredibly difficult cases.”

Dr. Nassif adds that these cases range from a drunk driving victim who is forced to wait in an emergency room all night while a plastic surgeon slept to those with body dysmorphic disorder. The disorder caused them to put implants in their face that don’t appear to be real.

The doctors anticipate that this season will be so intense that they tell Sylvester the preface surgery with questions like, “Are you willing to be botched and then un-botched by us?” Dr. Dubrow adds,

“These operations are not in the textbooks. So the experience of being on Botched taught us how to do these new kinds of procedures so we could apply them in new situations, but that’s why the season’s so weird, because we said to these patients, ‘Look, you have needs that no plastic surgeon has never tried to solve before. Are you willing to undergo- they’re not experimental procedures, but they’re new that we had to come up with- and you’re going to have complications; Are you willing to go through those complications?’ and they said yes.”

According to Wikipedia, Dr. Terry Dubrow went to the University of California, Los Angeles School of Medicine, where he received his doctorate in 1986. His fellowship was in last and reconstructive surgery at the Harbor-UCLA Medical Center. Therefore, he is board certified by the American Board of Plastic Surgery and a Fellow of the American College of Surgeons.

Fans may also recognize Dubrow from The Real Housewives of Orange County. TV Shows Ace reports on Heather Dubrow’s departure from the show here. The couple promotes a diet known as the “Dubrow Diet,” which includes intermittent fasting.

Dr. Dubrow shares how he and Heather are spending time during the quarantine. “Beside Heather drinking a lot of champagne, I’m doing a lot of working out.”

Much like Dr. Terry Dubrow, fans may recognize Dr. Nassif because his ex-wife, Adrienne Maloof, is a main cast member of The Real Housewives of Beverly Hills. However, the couple divorced in 2012.

“Actually, you know, since Adrienne lives only 15 minutes away up in the hills like we do- so there’s no traffic- we keep it the way it is right now the way it’s always been; same people in the house all the time. And so far, it’s worked out beautifully. Plus Adrienne and I, we wanna make sure everything’s done safely.”

Botched is on Entertainment Tonight, Mondays at 8 PM EST. As always, keep it tuned to TV Shows Ace for your television news.

Savannah Chrisley SHOOK By Chase’s Unexpected Compliment
‘Sister Wives’ Janelle Brown’s Outlook Is Why Her Following Is Growing
Was Kim Kardashian Really Under That Mask? Some Don’t Think So
RHOC: Braunwyn Windham-Burke Reveals She Is Moving To New York
Todd Chrisley FINALLY Meets His Match: A Store With Nothing To Buy