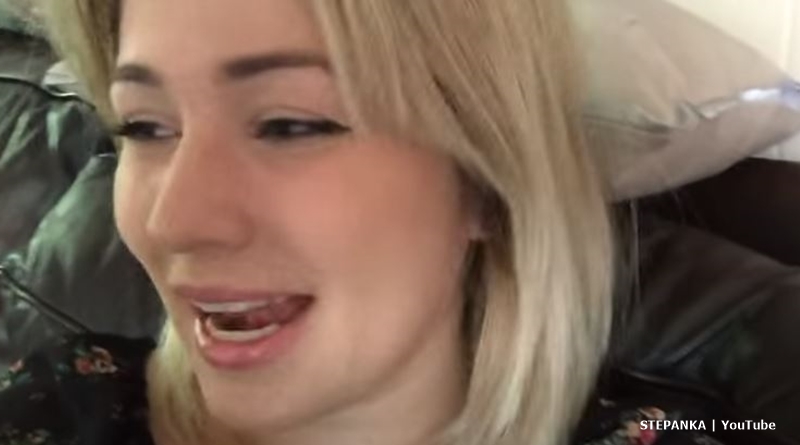 90 Day Fiance: Before The 90 Days debuted their first same-gender couple in Season 4. Erika Owens and Stephanie Matto initially garnered a lot of excitement from fans. However, some fans wondered about Stephanie’s motives, and suspicions arose that she might just be in it for five minutes of fame. And, some inconsistencies arose about her supposed first-time experience with another woman. Now, it turns out she actually featured on television before. So is she just here for her career?

TV Shows Ace reported in early March that some inconsistencies arose regarding Stephanie’s claims she feared “coming out” to her mom. It emerged that Stephanie actually posted up a video on her YouTube channel in 2016 about her first encounter. Titled I Was in Love With a Girl | My First Bis*xual Experience,  fans wondered how on earth her mom failed to notice it. Plus, much of her season shows Stephanie awkward about her so-called first encounter with another woman. In the show, she appears with Erika Owens. Notably, both of them have dated men before.

Fans started calling Stephanie out about her claims that Erika’s her first female lover. Now, Starcasm ferreted around and revealed more news that this is not the first time that Stephanie appeared on a television show, either. Apparently, she started way back when as a 13-year-old. Naturally, that raises the question as to whether the veteran went on TLC’s 90 Day Fiance for notoriety and a bit more exposure to fame. Perhaps she hopes for a bigger career as an actress, fans wonder.

Starcasm’s reveal produced a surprising number of efforts in the acting world. The outlet unearthed Stephanie in “Nickelodeon’s comedy skit series ‘All That.'” That came at the age of 13. She ended up as “one of five finalists’ in R U All That? Nickelodeon’s Search for the Funniest Kid in America, in 2003. Then in 2018, she featured in an article by monagiza.com. They noted, “As a young adult, she tried to make it in the world of acting, and would constantly travel between New York and LA to score movie or TV roles.”

The new 90 Day Fiance star apparently landed a role as Alicia in the 2009 movie, She’s Got It. In 2015, Stephanie shared on her YouTube, her time with Supreme Justice With Judge Karen Mills. She played the role of Clarissa Vaughn. You can watch the video below. Many fans commented with shock that Stephanie acted a role in a show they believed featured real people. One said, “wait, so you got the part for a tv show and it’s a ‘judge judy’ court show so IT’S FAKE!!!!!? i thought these were real.” The 90 Day Fiance star replied saying, “Some of them are, some aren’t! it depends.”

Well, it certainly looks like Stephanie Matto has some experience with acting in a pretend role before if that’s the case. So, why not “act” a role for 90 Day Fiance? What do you think? Sound off your thoughts in the comments below.