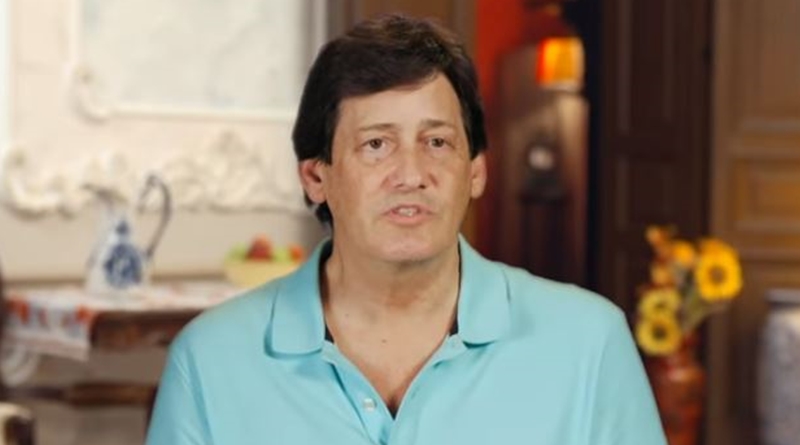 90 Day Fiance fans know that David Murphy’s on a mission to try and get Lana to marry him. In fact, he seems so desperate, that he planned on hunting her down in a war zone. Fans thought him crazy, especially as his friend Anya thinks she’s just a catfish. In a Q&A, fans asked why he never married Anya and now, he explained that.

TV Shows Ace reported that Anya seems a very good friend to David Murphy. When he planned on finding Lana in Ukraine after she ghosted him, Anya thought she’s just a catfish. She gave David some advice, but he still chose to set off into a war zone in search of her. Her belief that Lana might be a catfish seems justified by fans. After all, she somehow managed to avoid meeting David four times. Her excuses ranged from a deceased relative to just nothing other than a no-show.

90 Day Fiance fans now know that Anya and David used to be in a long-distance relationship. And, they wonder why he never married her. In fact, they also wonder why he feels compelled to date someone other than an American. In a recent Q&A, Starcasm noted that he dished some answers on that. Actually, much like Dean Unglert from ABC’s Bachelor In Paradise, it seems he’s in search of someone to share his life touring around in an RV. Not many people would commit to that. But in Anya’s case, she was keen to marry and he turned her down.

According to David’s Instagram Story, he shared that he didn’t only date Lana and Anya. In fact, he dated long-distance many times. He also previously dated American women, a Latin woman, and he became engaged twice. But so far, commitment eluded him for two reasons. Firstly, he’s not keen on children. Bear in mind, he’s in his 60s. The second reason is he worked hard and plans on retiring and wants to travel a lot. He said that he hopes to travel between the USA, Canada, Mexico, and other international destinations. That means living in an RV and not many people care for the lifestyle.

The 90 Day Fiance star explained that he and Anya met online when she was 18. However, she was very shy and not keen on him hugging and kissing her in Odessa. Plus, she wanted kids, and he didn’t. So, although they became very close, and she allegedly asked him to marry her, he refused. When she pushed it he reminded her about not wanting kids. And now, he thinks that turned out for the best. These days, she’s married to a really nice guy.

What do you think about the reasons David never married Anya? Do you think he’ll ever find the right kind of woman who won’t mind living permanently in an RV? Sound off your thoughts in the comments below.

Jim Bob Duggar Snubbed By Nearly Entire Family — Including Michelle
Why ‘Love Island USA’ Fans Want Jeremy Hershberg OUT Of The Villa
‘Bringing Up Bates’ Fans In Despair Waiting On Renewal Or Cancelation
‘General Hospital’ Spoilers: Is A Maxie Recast On The Way?
Brush Up On Brendan Morais Before ‘Bachelor In Paradise’