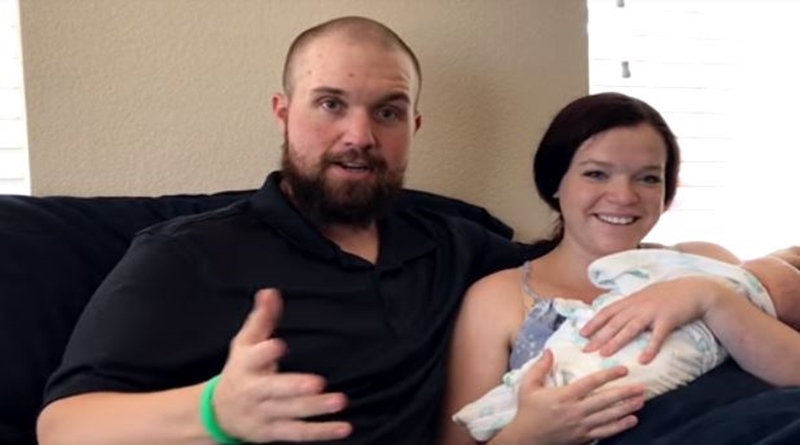 Sister Wives fans heard in August, that Janelle Brown’s daughter, Maddie Brown Brush expected baby Evie anytime soon. Janelle, determined not to miss the event went to Maddie’s place ahead of time. Now describing the birth as one of her “scariest” moments, fans get to see how it all played out.

Fans of the TLC show know that Evie-K’s the second grandchild in the Brown family. Little Alex, two years older than his little sister brought a lot of joy to the Brown family. Fans and family alike were thrilled when Maddie became pregnant again. Ultimately, Evie arrived safely, but she suffers some physical deformity known as FATCO. But ahead of that, the family just hoped for a safe birth. In the trailer for the current season, fans saw Maddie start her labor. Janelle’s there, as we reported in August.

A new preview for the next episode dropped and Janelle shared it on her Twitter. It comes toward the end of the latest season, and fans already feel disappointed it draws to a close. One fan commented on the post, saying, “Can’t believe it is already the season finale. We have to wait many months before a new episode. We need more episodes per season.” But another Sister Wives fan said, “I’m sure it will be a great show! I’m going to have to skip this one. Too close to home for me. But gave a great show!!!!” It looked like Maddie suffered a very painful birth.

When she shared the latest preview for the episode, Janelle Brown captioned it with, “Tomorrow nights episode is going to be so amazing. I hope you join us as we share what was one of the happiest and scariest moments of my life. I’ll be tweeting.” The preview opens with Maddie on the phone saying her “waters broke.” Little Axel sounds alarmed, and she tells him, it’s “okay.” Then we see her in the room before she gets into the bathtub.

Christine says to Caleb the “contractions are intense” and that Maddie’s “in the bathtub.” Caleb’s rushing to be with her. And Janelle says that Maddie really “needs” him. Meanwhile, the voiceover (maybe Christine), says that “all of a sudden it’s getting very complicated.” The Sister Wives family stars showing a lot of concern. Next, an ambulance arrives. Caleb wonders what’s “going on” with his daughter.

Tomorrow nights episode Is going to be so amazing. I hope you join us as we share what was one of the happiest and scariest moments of my life. I’ll be tweeting. #SisterWives https://t.co/0H4ZK0zly2

Well, fans of the show know that Evie finally arrived and Maddie survived the ordeal. But People explained that at nine weeks along, the couple got warned doctors “suspected a congenital anomaly.” Luckily, all seems well now, and the little girl’s meeting her milestones.

Some people don’t want to watch Maddie give birth in the final Sister Wives episode as it looks terrifying. Do you plan on watching? Can you relate to Maddie’s experience? Sound off in the comments below.