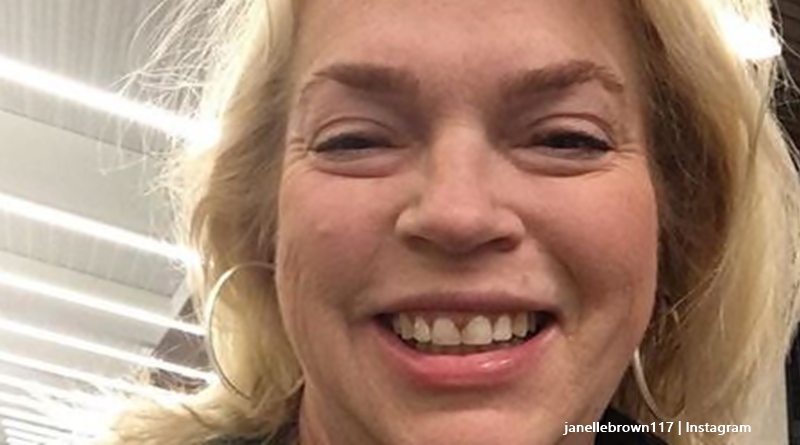 Sister Wives fans heard that Janelle Brown’s daughter Maddie Brown Brush is expecting a second baby. The little one will also be the second grandchild born to Kody and Janelle. Little Axel will soon become an older sibling, and Janelle’s determined not to miss the grand event. This time, with Maddie and Caleb living so far away in North Carolina, she’s there early and prepared to help out.

Maddie said that this pregnancy seemed faster than Axel’s, but her photos show the new baby looks enormous. It must be nearly time for her to pop. TV Shows Ace reported that People revealed in April, that Maddie and Caleb expect a little girl this time around. A granddaughter’s probably exciting for all the Sister Wives’ family. Having her mom on hand with a new bundle of joy in the house will be a boon to Maddie. After all, little Axel’s at the age where he wants to play quite a lot. We noted, “Axel, born in 2017 is growing his personality and he’s at the delightful age where kids swing between testing the limits to really cute moments.”

Janelle posted a cute picture of Axel on her Instagram, showing him with no shoes on, and cooling his feet off in front of a fan. She said that it’s really hot in North Carolina at the moment, and Axel has the “right idea.” She explained that she’s there as she “Didn’t want to miss the baby,” adding, “so I’m camping out here for a few weeks.”  In the meantime, Janelle’s mom and her other sister wives help to look after her place, Savanah and Gabe.

In North Carolina with @madison_rose11 and boy is it hot! Axel has the right idea. When your feet are cool your body really cools down too. #Didn’t want to miss the baby so I’m camping out here for a few weeks. My mom and my #sisterwives are holding down the fort for Savanah and Gabe back home.

Janelle’s determined to be there when  the baby arrives

Janelle made sure to be in North Carolina a bit ahead of the expected birth of the new baby. And, you can’t blame her one little bit. Who doesn’t love being a grandmother? Maddie must be getting very close to having her baby now. About 11 days ago, Maddie shared on her Instagram. “Just shy of 36 weeks. 😅 No, it’s not twins, yes they double checked. Yes I am hot. I know I’m huge but telling me is definitely something that will help my day 😒. Here’s to praying she comes a little early 😂😂.”

Fans are also keeping a close track of this new baby in the Sister Wives family. Here’s what some of them said to Janelle:

Other fans just hoped for a safe delivery for all involved in the new arrival.

Just shy of 36 weeks. 😅 No its not twins, yes they double checked. Yes I am hot. I know I'm huge but telling me is definitely something that will help my day 😒. Here's to praying she comes a little early 😂😂 . . . . #homestretch #convosIhaveonthedaily #igetthetwinquestionALOT #36weeks #gratefulbutoverit #pregnantlyfe #pregnantbelly #momlife #mommyblogger #ncliving #pregnancy #preggobelly

If you haven’t been following Maddie Brown Bush’s pregnancy or Janelle Brown’s posts, make sure to check back with TV Shows Ace often so you can stay updated on the new baby and TLC’s Sister Wives.