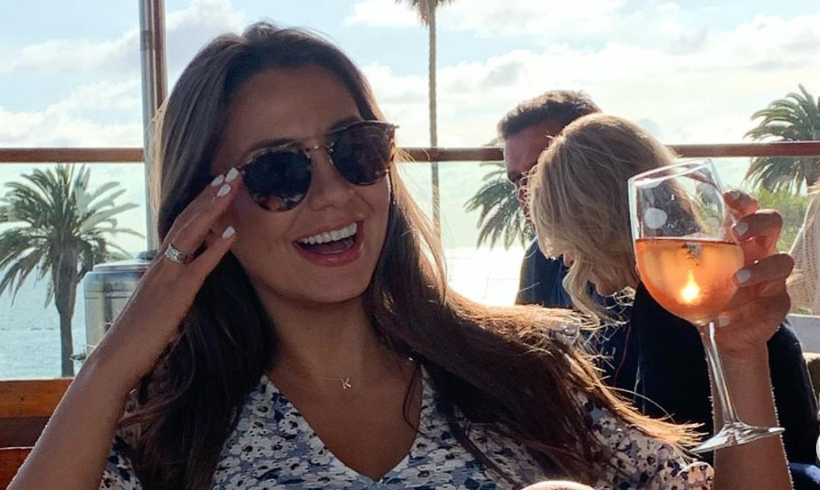 Kelley Flanagan has made some crazy accusations lately about her time on The Bachelor. Now, Chris Harrison is opening up on the situation, and so is Kelley.

Kelley Flanagan on ‘The Bachelor’

When Kelley first got onto The Bachelor, everyone thought that she and Peter would make it pretty far. They had actually met each other before filming had started so they had that going for them. Not to mention, the pair had great chemistry. Kelley seemed really down to earth and like she really got Peter. However, that fizzled out and Peter sent her packing.

Since then, Kelley and Peter have been seen out together a lot. However, Kelley said that she was being locked in a closet away from Peter during filming. She also said that he was manipulated into not liking her. Those are pretty big accusations. According to Entertainment Tonight, Chris Harrison doesn’t really agree with her.

“I said, ‘What was that?'” Chris revealed. “‘We don’t lock people in closets, so clearly you weren’t locked in a closet for three hours. What did you mean?'”

Now, Kelley is also clearing things up. She says she wasn’t locked in a closet. First off, that’s great to know. It would be terrible if producers were legit locking girls in closets to keep them from seeing The Bachelor.

Apparenlty this all happened during the Almost Famous podcast. When Kelley said that, she didn’t even know she was actually being interviewed yet. So, she wasn’t really meaning for the public to hear what she was saying.

“What she meant by that was she was frustrated,” Chris continued. “She’s a smart girl who I think is used to getting what she wants, and she didn’t get that time with Peter.”

“You’re not in a closet. It’s in a room, and sometimes it takes hours,” he said. “It depends on what’s going on at the time… I think Kelley was frustrated at the time, and that’s how she articulated that.”

Kelley actually apologized to Chris for the whole thing. She says that she is fine and didn’t spend time in a closet.

Now, she and Peter are quarantining together, so only time will tell if more comes of that.

What do you think of Peter and Kelley as a couple? Do you think their relationship is lasting long? Let us know what you think in the comments. Come back to TV Shows Ace for news on all of your favorite Bachelor Nation members.