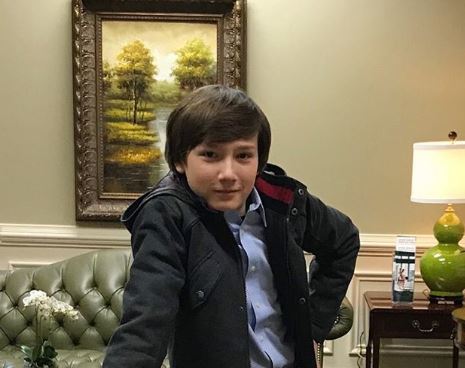 Ozark Season 3’s finale just aired on Netflix. Fans of the show can’t wait for more. As of right now, Season 4 has not been confirmed, but it really does look like it is going to happen.

At the end of Season 3, Jonah Byrde (played by Skylar Gaertner) was very upset about the death of Ben Davis (played by Tom Pelphrey). He never expected anyone to kill his mentally ill uncle.

Jonah showed up at Helen Pierce’s house carrying a shotgun and accused her of killing Ben. Helen (played by Janet McTeer) explains that Jonah’s mom (Wendy Byrde – played by Laura Linney) signed off on the entire thing and told the Cartel where Ben was. Jonah then went home to a seemingly empty house.  He then went to a table where Ben’s ashes were and ran his hands through them, becoming more upset.  Jonah picks up the shotgun, turns and fired through a window of the house. The scene is shown from outside the house. Some fans think that Jonah may have shot someone as you hear a thud.

In watching the scene on Netflix (Season 3, Ep.10), you can pause the scene close to 1:01:55 and you can see there is no one standing between Jonah and the window, as the camera is outside the house looking in.

When Jonah was previously confronted in his home by the Cartel hitman (Season 1, Ep.10) he tried to shoot the hitman himself.  Buddy Dieker (played by Harris Yulin) had previously removed the bullets from that gun. It was Buddy that took out the hitman with a shotgun.

Season 3 of Ozark is a wild one and it is all airing on Netflix right now. If you need something to binge while stuck at home, these 30 episodes will keep you pretty busy. Once you start the show, you will not want to take a break.

Hopefully, the news will come out about Season 4 of Ozark soon. For now, the fans are just going to have to wait, but you can watch the first three seasons on Netflix.