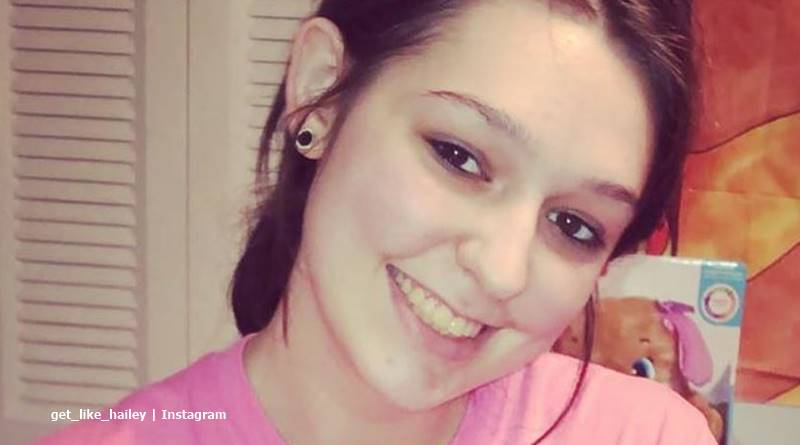 Unexpected fans heard that when Hailey 2 (Tilford) gave birth to her son Levi, that Hailey 1 (Tomlinson), congratulated her. Surprised that the two young women engaged in a relationship like that, some fans applauded Hailey 1. After all, both girls’ kids’ share the same daddy, Matthews Blevins. Now, Hailey 2 sent her best wishes on the occasion of Hailey 1’s daughter Kinsley’s first birthday.

Hailey Tilford and Matthew Blevins got together after the birth of Hailey Tomlinson’s child, Kinsley. Many fans hated Hailey Tilford. Actually, it takes two to tango, and Matthew’s actions seemed lost in the torrent of hatred and death threats aimed at Hailey Tilford. Many fans expected that Hailey Tomlinson, terribly hurt by the betrayal of her man with her ex-bestie, would hate Hailey Tilford forever. Perhaps if these young women went to school together to this day, that would be the case. But becoming a mother tends to sober up and mature people rather quickly.

TV Shows Ace reported that when Hailey Tilford shared her first photo of baby Levi, Hailey Tomlinson pitched up and said something sweet to her. She commented, “You did good,” adding, “He’s so cute and I can’t wait for Kinsley to meet him.” Actually, some fans seemed a bit shocked by that. After all, Matthew started cheating on Hailey Tomlinson with Hailey Tilford when Kinsley was just four months old, IBT reminded readers. But, other Unexpected fans pointed out, these two kids, Kinsley and Levi, are blood relatives. In fact, they’re half-siblings and family matters.

On Wednesday, Hailey 2 posted up a photo on Instagram. She wrote, “Happy Birthday Kinsley 💓 I cant believe you’re already 1 🥺.” Then she said that she “[loves]…Kinsley so much,” adding, “you’re the sweetest little girl with such a bubbly personality.” Next, Hailey Tilford expressed how she feels “blessed… to be apart of your life and watch you grow.” She thinks that Hailey Tomlinson “did an amazing job bringing [her] into this world and raising [her] 💚.” Finally, she sent love to her from herself and her baby, Levi.

Unexpected fans reacted and couldn’t help but comment on the maturity of these two women. More especially as Hailey 1 responded, saying, “Thank you☺️❤️ I appreciate you for always being so good to kinsley!” One fan said, “So sweet! Love both you Hailey’s for leaving the past in the past & being civil for Kinsley & Levi❤️.” Another one noted, “Bravo to both Hailey’s are mature enough to not let a boy come between them hopefully the kiddos will have a great bro and sis relationship.”

Happy Birthday Kinsley 💓 I cant believe you’re already 1 🥺 I have grown to love you so much, you’re the sweetest little girl with such a bubbly personality. I am so blessed I have got to be apart of your life and watch you grow. Your mommy definitely did an amazing job bringing you into this world and raising you 💚 I hope you have a fun day babygirl. Me and your brother are sending you much love today 🥰

What do you think? Are you happy that the two Haileys can set aside their differences and act maturely for the kids? Sound off your thoughts in the comments below.